Get ready for next-gen basketball as NBA 2K21 gears up for game time, with the latest release in the long running franchise set to feature a number of editions for fans to choose from. With next-gen consoles also on the horizon, now is the chance to enjoy 2k with the latest specs and graphics, helping to bring the NBA action to your living room.

With the real-life NBA having to alter its season, along with the basketball community mourning the death of legend Kobe Bryant, 2K21 looks set to not only build upon previous releases, but give NBA fans a sense of normalcy as the players hit the hardwood floors. Set to be released on September 4, find out what editions will be available for gamers to purchase, along with what you can expect with each version.

2K21 remembers the late great Kobe Bryant and his impact on the game of basketball with the Mamba Forever Edition, allowing the Black Mamba’s legacy to live on in the popular series. NBA 2K21 comes in two versions – the Standard and Mamba Forever edition – each with additional content and pre-order bonuses. Cover stars include Damian Lillard for the current gen-console release, as well as rookie superstar Zion Williamson for next-gen gamers. The Mamba Forever editions are available either on current or next-gen consoles.

Priced at $99.95, the Standard Edition of 2K21 is set to include a variety of bonuses and extras for those who pre-order, including: 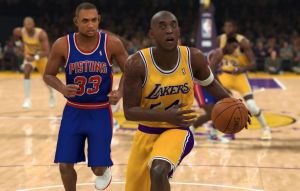 For those interested in the limited-edition Mamba Forever pack, the pre-order version will cost you $149.95, but it includes more bonuses than the Standard Edition, such as:

When is the 2K21 demo available? 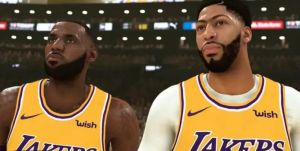 The NBA 2K21 demo finally has a release date, with gamers able to download and play from August 24, with the demo available on Xbox One, PlayStation 4 and Nintendo Switch. Based off NBA 2K’s demos of recent years, players should be able to get a good sense of the game and see the improvements in gameplay, with most features being locked until the full game release in September.

NBA 2K has seen criticism in recent years, with fans questioning the series for not prioritising fan-favourite game modes and features, with 2K21 hopefully bucking the trend. With NBA 2K21 also having prepared for the next-generation of gaming, it’s safe to say this is a game worth getting for those who are keen on the latest gen consoles, with the new technology set to push 2K onto another level. NBA 2K21 is out September 4, with pre-orders available at participating stores.