The world of third-person adventure shooters has been a busy one in recent years, with the likes of Destiny kicking off a whole trend of game releases. While some capture the magic, others have faded into obscurity, but the genre still pushes forward, with Outriders the latest title to be added to its ranks.

Set for release on April 1, 2021, Outriders has been gathering steam over the past few months, gaining a lot of hype for its dynamic and colourful co-op gameplay promises, along with innovative combat skills and abilities to (hopefully) give gamers a new take on the genre. With a playable demo currently available, will it be worth picking up the full game once it’s released? Find out in this Canstar Blue article. 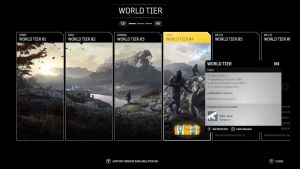 Become an Outrider, one of the few remaining humans now trapped on a vicious and wild planet called Enoch. Explore the varying landscapes throughout the main storyline, with differing creatures and tons of awesome gear to be discovered, which allow you to customise your character to your playstyle.

The campaign can be played solo or co-op, with gamers able to have up to three players in one co-op lobby at a time. Taking a step back from the traditional four-person squad, developers cited this reason due to pre-release testing seeming too chaotic with four people on the battlefield, with three players reasoned as being optimal for clean, balanced combat and visibility.

The main storyline takes roughly 20-30 hours to complete, with the full campaign – including all side quests, post-campaign content and more – will round it out to 60-90 hours total time. Whether you are wanting to just do the main campaign or take your time and explore Enoch, Outriders provides gamers with a plentiful amount of gameplay.

Outriders has quite a complex difficulty system, with 15 ‘World Tiers’ all changing gameplay differently in order to ease up the combat or keep the pressure on, depending on your playstyle. While World Tiers will automatically move up as you become more experienced, it can also be adjusted manually to suit your liking, allowing you to take it easy or really ramp up the action if you like a challenge. Check out some of the world tiers in the video below. 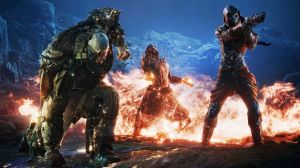 There are four classes in Outriders, as the path you choose will determine your distinctive special abilities and combat style you develop throughout the game. The fact that there are four class systems but only three players on screen at any one time also opens up replayability, and gives you more options to explore as you look to develop your playstyle and preferences. The Outrider classes include:

Each class starts with one skill, with more unlocked as the game progresses. Only three skills are allowed to be equipped at one time, with every class being able to have up to eight skills in total, giving you plenty of options to choose from depending on what you need in the fight ahead or just your general playing style.

Will Outriders be Worth It? 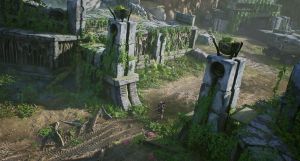 Outriders is looking promising as one of the better co-op third person shooter games in recent years, with its dynamic landscapes combined with challenging, yet fun next-gen and current-gen gameplay making it easy for any RPG fan to fall in love with.

Set for release April 1, 2021, Outriders may have big shoes to fill, but could prove to be an exciting entry into the market, and should be on your watchlist. And if you’re still not sure, you can always test out the demo version beforehand.