Pick up your old skateboard and drop right back into the legendary Tony Hawk’s Pro Skater world as the first two titles of the nostalgic series are coming back as a remastered version. A force to be reckoned with during the late 1990s and early 2000s, the Tony Hawk series is the next franchise to be remastered for current and next-gen consoles, and it’s hard to not be a little bit excited about this.

With 4K graphics, new online multiplayer and a host of new and old features, gamers will also be treated to the majority of the original soundtrack as well, including tunes from Rage Against the Machine, Papa Roach and Naughty by Nature, along with some fresh tunes to ride to, including DZ Deathrays, Baker Boy and Alex Lahey, meaning there’s plenty to look forward to. And the good news on top of this? You don’t have to wait too long, with Tony Hawk Pro Skater 1 + 2 dropping on September 4.

Tony Hawk’s Pro Skater 1 + 2 introduces revamped graphics with several new performance features added to provide gamers with vibrant and fluid gameplay while keeping that same traditional feel that 90s kids know and love. While this remastered title will feature lots of cool improvements and changes across the board, developers put a focus on keeping the classic Pro Skater handling, combos and overall gameplay, giving us that skating fix we’ve all been craving. 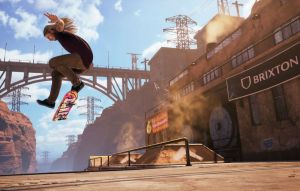 The original cast will be making a return as once again you’ll be able to skate with your favourite legends, including Eric Koston, Rodney Mullen, Steve Caballero, Chad Muska, Elissa Steamer, Bob Burnquist and, of course, Tony Hawk. There are a bunch of other original skaters also making a return, with this remaster reflecting each skating icon’s age in real life, so expect to see a few of your favourites looking a bit different.

New skaters have also been added to Tony Hawk’s Pro Skater 1 + 2, such as Nyjah Huston, Lizzie Armanto, Shane O’Neill, Aori Nishimura, Riley Hawk and more, although there’s no word on whether you’ll be able to unlock additional characters like in the original games. Fingers crossed you can skate around as Spiderman! 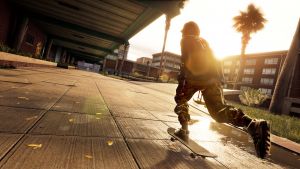 The only thing better than skating is skating with friends, and the remaster doesn’t disappoint. Local multiplayer will be returning as developers seem to have really honed in on recapturing the best elements of the original titles and blending them into the remastered edition. Along with local splitscreen action, a new online mode will be available, meaning you can finally play and connect with friends in the iconic locations online, allowing you to challenge your friends to classic game modes such as Score Challenge and Graffiti, along with other modes to see who really is the king of the halfpipe.

Create-a-Park is also back with more creations possible than ever before! Build your dream bowl, street sections and more with Tony Hawk’s Pro Skater 1 + 2 allowing players to share their park designs online so gamers from around the world can enjoy your creations, allowing you to enjoy more aspects than simply nailing tricks. 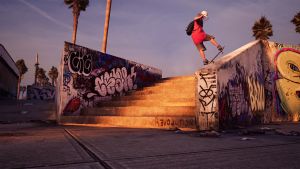 With a lot of remasters and remakes of the past seemingly not hitting the mark, it seems we may have a winner here with Tony Hawk’s Pro Skater 1 + 2 Remastered finding the balance between new tech capabilities without sacrificing the original elements and vibe the franchise is known for. Pre-orders are now available at participating retailers, with many no doubt looking forward to jumping back on the board.