Valorant is the newest title from Riot Games, the developers behind League of Legends, a game that took the internet by storm about a decade ago. Originally teased back in October of 2019 as “Project A”, Valorant is a first-person shooter with MOBA-like abilities similar to what can be seen in Overwatch.

Valorant is out today (June 2) available on Windows computers, and should be able to run on all kinds of systems as it’s not resource intensive. Similar to Fortnite, it sports a comic-like aesthetic full of energy and colours, with some great characters in the mix. On top of this, it’ll only take up 7.6GB of hard drive space, so it’ll download in no time on most Australian internet connections.

Valorant is a 5v5 game in which teams take turns attacking and defending an objective. If the attacking team reaches the objective, a “spike” must be placed to win, and once the spike’s timer is up after being placed, the attacking team wins. If the defending team defuses the spike, they win. Alternatively, the teams also win if they eliminate all players on the opposing team.

It’s a tense game with tonnes of variety and lots to learn. You could spend forever learning the abilities of each character and how to play with each weapon, but for the most part you can compress it all into ‘easy to learn, hard to master – kind of like Fortnite or Call of Duty.

How can I get Valorant?

You can download Valorant from the official website for free. It has microtransactions similar to Fortnite and Overwatch, but the actual gameplay of Valorant is completely free. It’ll run on most good computers and will download fairly quickly.

Valorant is not available on the Steam or Epic stores yet, nor is it available on consoles at this current time – but if you’ve got a windows computer there’s not a lot holding you back from downloading the game. One thing is for sure though, you’ll need a consistent internet speed to handle the high-intensity gameplay of Valorant. Although an NBN 25 plan would suffice, an NBN 50 or NBN 100 plan would both ensure consistent online play and download speeds for updates.

You’ll be a big fan of Valorant if you like any of the following games:

A core element to Valorant’s gameplay is how tactical it is – you only get one life per round, so everything has to be precise and you’ll have to be efficient with your weapons and powers. It’s a fairly easy game to play as a first-person shooter, mostly leaning in the directions of Counter-Strike and Overwatch, although it has a high skill ceiling, and you’ll definitely be able to see how your gameplay improves as you keep playing. 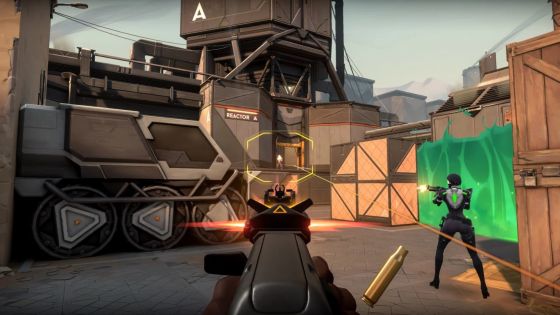 Valorant is shaping up to be the next big esports game, attracting fans from all over the online gaming spectrum, from Fortnite to Overwatch to League of Legends. One thing is for sure – you’ll need a decent internet plan to support the popularity of the game.