Following the exploits of the Four Horsemen of the Apocalypse, Darksiders Genesis showcases the fourth horsemen – Strife – in his reimagined glory, as he teams up with his brother War to do battle against Lucifer. Set before the events of the first Darksiders game (released back in 2010), the game looks to break away from its traditional hack and slash gameplay, instead offering gamers an Action-RPG experience on PlayStation 4, Xbox One, Nintendo Switch and PC.

Even though the trailer was released in October 2019, (that includes a bit of Creedence Clearwater Revival to boot), Darksiders Genesis isn’t available until February 2020. However, some retailers are taking pre-orders. So, where can you pre-order it, and how much will it cost? 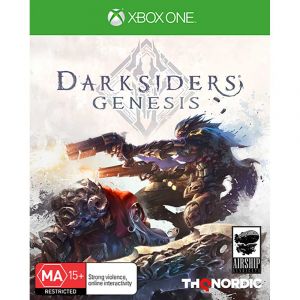 Where to buy Darksiders Genesis

While traditional gaming chains including EB Games are often the go-to for many, there are plenty of other stores and outlets available, including general retail stores such as Target, along with electronics retailers such as Sanity and JB Hi-Fi, with online-only retailers like Amazon Australia also offering the gaming title.

How much does Darksiders Genesis cost?

Darksiders Genesis is available at a number of online and physical retailers, with the prices for the Standard Edition listed below. It should also be noted that delivery fees and charges may also apply.

Prices taken from retailer websites. Accurate as of 5/12/2019

What other games are available on PS4, Xbox One and Nintendo Switch?