It can be a daunting experience when trying to organise your Xbox game collection and online connectivity, particularly if you’re new to the gaming community, or simply haven’t used an Xbox before. And with the multiple subscriptions and membership types available through Microsoft – including Xbox Game Pass and Xbox Live – it can prove tough to decide which one is the best value, and which one is the best fit for your gaming habits. So what exactly is involved with Xbox Game Pass and Xbox Live, and are they worth signing up to? Find out all you need to know in this Canstar Blue guide. 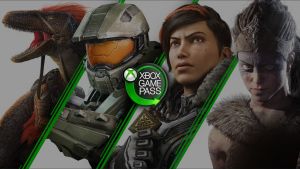 What is Xbox Game Pass?

Xbox Game Pass is a video game subscription service which can be used with Microsoft-compatible devices, including Windows computers, Android smartphones and gaming systems such as the Xbox 360, Xbox One and the upcoming Series X and S. The subscriptions grants players access to hundreds of games within the Microsoft library, meaning that instead of paying for individual games, you pay a monthly subscription to be able to play any number of games, allowing you to choose a title to suit whatever mood you’re in the next time you sit down for a gaming session.

What games are available with Xbox Game Pass?

Microsoft constantly updates the Game Pass library with titles from the Xbox One, 360 and original Xbox ranges, giving members a diverse selection of titles to choose from. Titles are consistently cycled through (working similarly to a Netflix-subscription where the library is consistently refreshed), meaning you’ll often have a new range of games to play and fall in love with. As games are downloaded directly onto your console, you can continue to play whichever title you’ve downloaded, as long as you pay the monthly subscription fee.

You can pay for the monthly Xbox Game Pass subscription through a nominated bank account, credit or debit card, as well as through PayPal, although you can update your billing and payment details via the Xbox site.

Whereas Xbox Game Pass gives players access to a wide library of games, Xbox Live is a subscription-based service that enables you to play multiplayer games online. Without Xbox Live, players will be restricted to playing ‘offline’ – such as playing through the single-player campaign or story-mode – although this will suit plenty of gamers just fine. 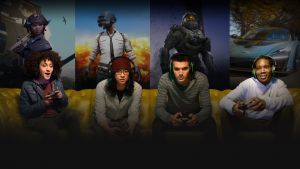 What is Xbox Live?

Otherwise known as Xbox Live Gold, Xbox Live is a subscription-based service that allows gamers to play and connect with others online through multiplayer games. Xbox Live includes features such as Party Chat to help you enjoy connecting with your friends online, with offers and downloads available each month as part of the subscription. While not an essential purchase for every gamer, if you enjoy playing multiplayer games online, Xbox Live will be worth exploring.

How much does Xbox Live cost?

Access to Xbox Live will cost $10.95 per month, but is available as part of the Xbox Game Pass Ultimate subscription, which costs $15.95 per month. Payment options for Xbox Live include a nominated bank account, credit or debit card as well as through PayPal.

Are Xbox Game Pass and Xbox Live worth it?

Gaming can be an expensive pastime, particularly if you like to keep up with the latest gaming releases and consoles, so is it worth paying additional subscription costs? Ultimately it will depend on how often you play games, the types of games you enjoy and how much money you can set aside, as while Xbox Game Pass and Xbox Live are by no means an essential purchase, they can offer plenty of value for those who are looking to expand their gaming library or enjoy playing online with friends. But with no lock-in contracts, you can always trial the online Xbox experience, as you may just find a new favourite game.

If you’re looking for an easy way to roll over your console cost, Xbox Live and Xbox Game Pass into a single monthly payment, rather than pay a massive price upfront, Telstra gives customers the choice of paying off a new Xbox package over 24 months with its Xbox All Access plans.

Sign up for Xbox All Access and you can select an Xbox One X or Xbox One S console (and the Xbox Series X or Xbox Series S from November 10, 2020) to pay off in equal monthly installments over 24 months, with included access to Xbox Game Pass Ultimate for your whole repayment term. You’ll get access to over 100 games through Game Pass Ultimate, as well as Xbox Live Gold for online multiplayer action.