With all the hype surrounding the Xbox Series X and Playstation 5, it’s easy to forget that there is another more affordable next-gen console on the market, the Series S. The $499 cut down console comes with many of the same features as its bigger brother, plays the same library of games and supports the same accessories but there are notable concessions that Microsoft has made to meet that cheaper price point, writes Krishan Sharma.

So is the Series S worthy of consideration?

When I first unboxed the Series S, I was surprised at how small it was especially in contrast to the Series X and Playstation 5, which look like absolute behemoths by comparison. At 275mm tall, 151mm deep and 63.5mm wide, this is the smallest Xbox ever made. The smaller form factor means it should easily slot into your entertainment unit and won’t stick out next to your streaming box, Blu-Ray player or other consoles. It also looks great in either vertical or horizontal orientation.

The robotic white design of the Series X in many ways looks like a continuation of the design language Microsoft set out with the Xbox Adaptive controller. The most attention grabbing feature of the Xbox Series S design is the large circular black grille on the top of the console which is where heat exhausts out of the console. Like the Series X, the Series S is virtually inaudible even under load.

Around back you’ll find identical ports as the Series X which means two rear USB ports to go with the one on the front, Ethernet port, storage expansion slot and HDMI 2.1 out. What is absent is the disc drive so you won’t be able to use any Xbox game discs you already own and you’ll need to buy digital versions of games through Microsoft’s digital shopfront exclusively.

Under the hood, the Series S features the same Zen 2 CPU as Series X albeit downclocked slightly by 200MHz, but it’s in the GPU department where the machine has been paired back significantly. The 52 AMD RDNA 2 compute units found on the Series X have been shrunken down to just 20 on the Series S, amounting to 4TF (teraflops) of GPU compute in comparison to the 12.2TF of its bigger brother. Memory drops down from 16GB to 10GB while memory bandwidth has been cut by almost half.

Another dramatic cut is the drop in storage which gives you 364GB of usable storage from the advertised 512GB onboard. With more games breaking the 100GB barrier, most users are likely to hit the limits of the Series S’s internal SSD sooner rather than later especially if you plan on taking advantage of the buffet of titles available on Xbox Game Pass.

Other than the paired back internals, you do get the same core features from the Series X, including the near instantaneous load times, the ability to pick up where you left off between multiple titles with Quick Resume and hardware accelerated ray tracing.

Microsoft claims that despite these cuts, the Series S should be able to play Series X titles with the same graphical features such as ray tracing, but at 1440p or 1080p instead of 4K (2160p). As the Series S is aimed at those who haven’t yet upgraded their television to 4K resolution, 1440p rendering gives you a decent level of super sampling that should provide a nice sharp image on a 1080p HDTV. It also should look a fair bit better on a 4K television than a 1080p image.

In my testing, I found the Series S rarely hit native 1440p and mostly stuck to 1080p or less depending on the title. A few outliers such as Borderlands 3 runs at 1440p at 60fps but the 120fps mode found on Series X is absent entirely on the Series S. Devil May Cry 5 Special Edition is another title that doesn’t have feature parity with the Series S version axing ray tracing support altogether.

Similarly Watch Dogs Legion looked quite blurry when blown up on my large 4K television and when checking the resolutions it appears to be mostly hitting 900p though it has ray tracing intact. Call of Duty: Black Ops Cold War is another title that axes both ray tracing and 120Hz modes from the Series S version.

Microsoft’s own first party titles such as Forza Horizon 4 and Gears 5 seem to have most of the graphical features intact as well as support for 1080p at 120fps in multiplayer for the latter. Arguably the most beautiful game in the Xbox library, Ori and the Will of the Wisps, runs in 4K at 60fps or alternatively 1080p at 120fps, which was a nice surprise.

Part of the appeal of owning an Xbox is the ability to play four generations of console games with more than 600 games from the original Xbox and Xbox 360 enhanced with higher resolutions and faster frame rates. While on the Series X the resolution gets bumped up to 4K, on the Series S they see a 2x resolution bump up to 1440p which is a little bit disappointing considering those same titles play in 4K on the older Xbox One X. 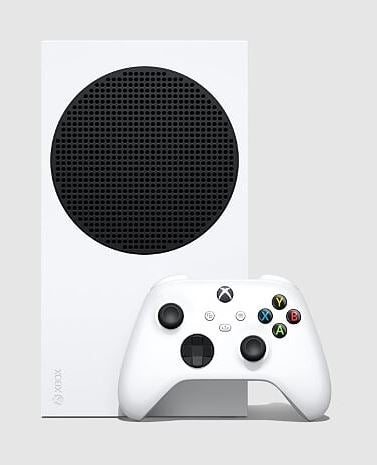 The Series S is a likeable little console but it’s not the value for money machine that its marketing tagline suggests. The 364GB of usable storage simply won’t cut it for most people, making the $359 1TB expansion card a mandatory purchase. At that point, you’ve spent $150 more than what it would cost you to buy a Series X.

The Series S’ value proposition is further weakened by the Playstation 5 which retails for just $100 more than the $499 Series S. Sony has taken a different approach to Microsoft by offering the exact same console with identical innards as it’s more premium model with the only difference being the lack of an optical drive. I feel this would’ve been the smarter strategy from Microsoft to address the needs of budget conscious buyers.

I also wonder how much the Series S will hold back future titles given that we’re already seeing certain graphical features such as ray tracing and 120Hz support axed from the Series S version on some titles.