The release of next-gen consoles is always an exciting time in a gamer’s life – the thrill of new trailers, the possibility of experiencing more life-like games and characters and the anticipation of being able to escape into a virtual reality for hours on end enough to get even the most casual gamer looking forward to the next round of consoles.

While we’re all excited, these new gaming consoles don’t come cheap, meaning you’ll have to choose one (for the time being). But with two new consoles coming to the market later in 2020, which do you choose – the PlayStation 5, or the Xbox Series X? Canstar Blue compiles what we know so far about both consoles, and when you can expect them to hit the market.

Everything we know about the PlayStation 5

Announced in 2019 as the successor to the PlayStation 4 (which was released in 2013), information about the PlayStation 5 was expected to be released in this week (early June, 2020) via livestream, although this has since been indefinitely postponed. However, Sony looks to be ‘future-proofing’ the PlayStation 5, with the company looking to support up to 8K resolution alongside hardware-based ray tracing to enhance gaming visuals by shaping how the light and shadows interact with 3D environments – something that many games are expected to take advantage of in the next generation of games. While further details – including how the console itself actually looks – will be released later, there’s enough information to get you excited for now. 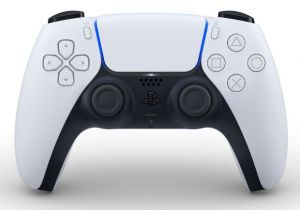 While some of the PlayStation 5 specs and capabilities are still under wraps, here is what we know so far about the PS5’s hardware:

New white DualShock controllers will also be rolling out with the PlayStation 5, with Sony announcing additional changes to the controllers for improved player experience. Changes include integrating haptic feedback and replacing the traditional ‘rumble’ technology, enabling gamers to have a more diverse range of accurate feedback. Sony also announced it will have adaptive triggers on the new controllers, aiming to provide more realistic gameplay through programmed resistance within the trigger buttons, helping to change the feel of the game.

Everything We Know About the Xbox Series X

With Microsoft promising the Xbox Series X to be ‘four times’ more powerful than the Xbox One X, with read speeds reported to be as high as 2GB per second, it’s obvious the brand is serious about providing gamers with elite environment rendering and minimising the frustrating loading times. With a console design also released, it looks like it can back up the hardware claims, indicating that the next generation will look, and feel, very smooth. Look below for the specs surrounding the Xbox Series X. 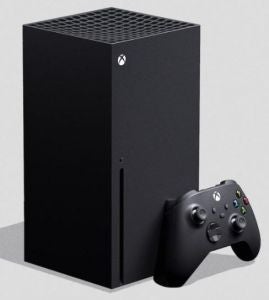 Similar to the PS5, the Xbox Series X will still have a few surprises up its sleeve come launch, but for now, here’s what we know about its specs and hardware:

New controllers will also be rolled out alongside the Xbox Series X, with Microsoft releasing images showing the next-gen controllers. Aesthetically similar to the Xbox One controller, except for minor ergonomic tweaks, gamers can expect improved LB, RB, LT, RT grips and an enhanced, deeper-dish D-pad for additional comfort and usability.

PlayStation 5 vs Xbox Series X: Which is better?

We all have our preferences when it comes to gaming consoles, but if you’re on the fence about which of the next-gen consoles you should buy, or you’re just keen to see how each console stacks up, we’ve compared both consoles on currently-known specs to help you find out more about the next wave of gaming consoles.

With a lot of information yet to be announced, it may be too early to decide which console should on your ‘to-buy’ list, but going by the specs of each, they’ll both pack some serious hardware. Backwards compatibility has been a major talking point for gamers, with many wanting to experience the nostalgia of old previous generation games on modern hardware, with both the PS5 and Series X looking to give the fans what they want, although how many titles that will include is also currently under wraps, although Microsoft looks to go back to the beginning, while Sony is offering compatibility with PS4 games. With months to go until both consoles go on sale, at this stage, it’s a neck-and-neck race.

How much will the PlayStation 5 and Xbox Series X cost?

With high-end PS4 and Xbox One consoles still selling for over $400 new, you can expect to have to hand over a decent sum to get your hands on the next gen consoles, although neither Sony or Microsoft have yet released prices for their new consoles, or controllers and accessories.

What games will be available with next gen consoles?

What games you can play can be the deciding factor in which console you side with, even if you have to break your loyalties to get the potential game of the year. Here are some games we’re expecting to see on the PS5 and Xbox Series X.

With both consoles looking to change the way gaming looks and feels, you won’t be alone in thinking that the December release can’t come soon enough.