Cloud gaming has long been a pipedream but with data centres getting increasingly powerful and internet speeds around the world improving along with it, the time is ripe, writes Krishan Sharma.

Cue xCloud – Microsoft’s attempt at bringing the Netflix of gaming to mobile devices and beyond. With xCloud, full fledged Xbox games are streamed to your device from the cloud within seconds, allowing you to play the latest and greatest titles on the go without the need to own the physical console or games.

While competitors such as Google Stadia and Nvidia’s Geforce Now have had a head start in this space in other countries, xCloud marks the first time Australians will get a chance to experience cloud gaming.

Here’s what you need to know.

Xbox Cloud Gaming works by connecting your device to the closest Microsoft Azure server in the cloud. The server runs the game and processes your inputs in real-time, so it seems like you’re playing it natively on your device. Microsoft recommends a minimum internet speed of 10Mbps, although faster connections will yield better results. Other factors, such as your distance from the nearest server, may also affect performance.

xCloud works over Wi-Fi or 4G/5G networks so you’re covered regardless of whether you’re lounging on the couch at home or playing on your daily commute to work.

To play a game, all you need to do is fire up the mobile app and tap on the title you want to stream. As the content is streamed and not downloaded to your smartphone or tablet, it doesn’t take up any storage space on your device. Progress is also saved in the cloud so you can pick up where you left off regardless of the device you’re using.

Love online gaming? Sign up for Xbox Game Pass and access over 100 Xbox games each month for console or PC. 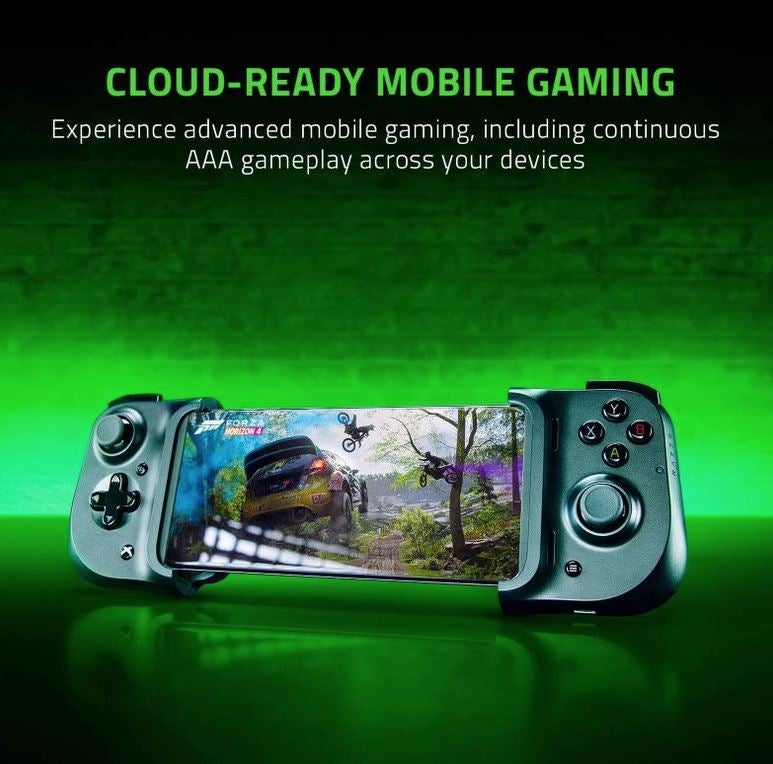 How does it perform?

I spent over a month testing out xCloud on a range of connections and devices and found the experience to be surprisingly playable with some caveats.

Slower paced titles such as Halo Wars 2 and Hellblade: Senua’s Sacrifice felt indistinguishable from console play while more reflex demanding titles such as Gears of War 5 and Halo felt a touch sluggish to respond. I couldn’t aim down the sights and pull off headshots anywhere as easily as I could on console but I eventually adapted to the added latency in most titles.

Games that I wasn’t expecting to hold up well on xCloud such as Tekken 7 performed remarkably well and I was able to execute timing sensitive combos without much issue.

Online shooters such as Destiny 2 and Playerunkown’s Battlegrounds are also on the service but the added latency was the difference between life and death in multiplayer so I wouldn’t recommend xCloud as a way to play these primarily online twitch based games.

I tested xCloud on my home NBN connection, which registers 85Mbps down and 40Mbps up on Speedtest as well as two different smartphones (one mid-ranger and the other being a high-end flagship) connected to the Telstra 4G network.

Despite my fixed home broadband connection having half the latency or ping time and better upload speeds than my 4G connection, I found xCloud delivered more responsive gameplay on Telstra’s mobile network.

Microsoft is running the service on custom server blades using Xbox One S hardware, but the company plans to transition the platform to Xbox Series S/X grade hardware to improve performance down the line.

What this means for the time being at least is that you won’t get Series X/S exclusive titles such as The Medium streamed to your phone and get Xbox One versions of cross-generational titles. Games like Gears of War 5 and Forza Horizon 4 for example will be missing the graphical enhancements exclusive to the Series S/X and load times will be fairly lengthy as they were on Microsoft’s previous generation of consoles.

After becoming accustomed to the near non-existent load times of the Series X/S, sitting through extended load times on xCloud felt a bit jarring. Forza Horizon 4 for instance took a little over two minutes to boot up the game, load up the level and actually get racing.

Once you’re in a game, switching to another app or taking a phone call thankfully doesn’t end your session but suspends it so you can resume playing without much delay. Performance was identical between the mid-range Google Pixel 4a 5G and high-end Android flagship OnePlus 9 Pro smartphone.

Game streaming is currently capped at 720p and 60fps (frames per second) as well as limited to SDR (standard dynamic range) output. It would be great to see xCloud take advantage of more modern smartphone displays with support for things like HDR, higher refresh rates and resolutions.

Still, xCloud is off to a promising start and the fact that it is included for free for existing GamePass Ultimate subscribers, makes it very compelling. I love having the flexibility to start playing the latest titles on my console and then resume playing that same title while out and about on my mobile with my game saves syncing seamlessly across devices. 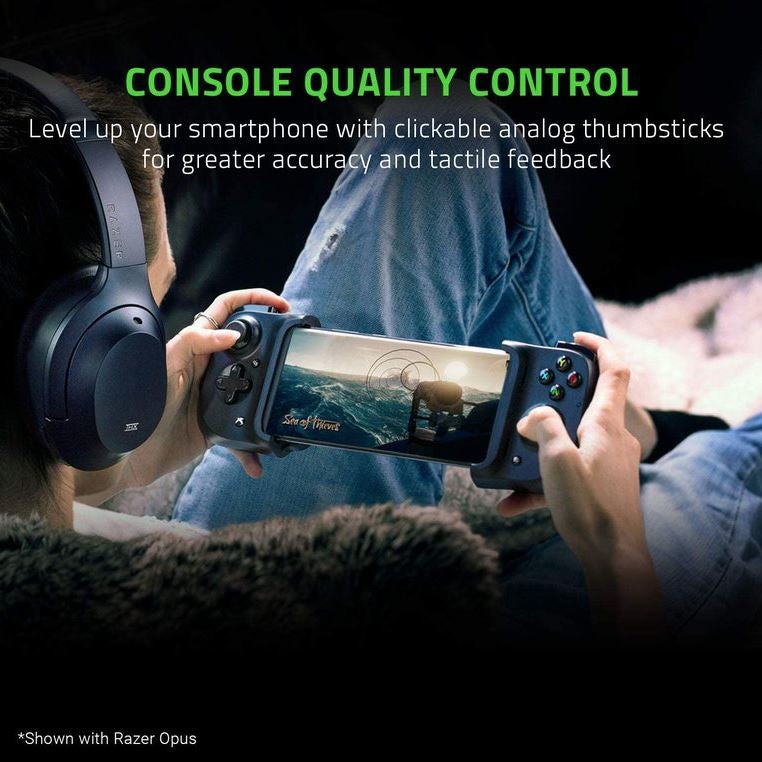 While a handful of games on xCloud support touchscreen play, a controller is required to access the full library of titles and, in truth, you’re going to want to use one for the best possible experience. On-screen virtual controls simply don’t cut it with your thumbs blocking a significant part of the screen, the lack of tactile feedback is unsatisfying and you lose the ability to combine multiple button inputs, such as pulling triggers while moving with both sticks.

The good news is that modern Xbox One controllers sync seamlessly with Android devices thanks to integrated Bluetooth support and unofficially I’ve found xCloud works with some other controllers such as the PlayStation’s DualShock 4. Microsoft also recommends using a controller clip that mounts your phone above the gamepad which can generally be picked up online for around $20.

If you already own an Xbox One controller, then investing in a mount will be the cheapest way to go, although it has some drawbacks. The top-heavy design means it isn’t the most comfortable setup for extended play sessions nor is it the most portable.

A better option I’ve found is to use a clip-on peripheral like the Razer Kishi which turns your Android phone into a Nintendo Switch style game console. The Razer Kishi packs two control modules bound by a spring-loaded strap, featuring dual thumbsticks, buttons, and other essential Xbox Inputs.

Unlike other options that connect your phone to the controller via Bluetooth, the Kishi plugs directly into your phone’s USB-C port and springs shut when no longer in use, alleviating the need to carry a full-fledged gamepad. Wired connectivity over Bluetooth also eliminates wireless latency and the need to charge an extra device.

The adjustable strap design means that practically any modern smartphone will fit, although some minor wobble may occur with small phones. If you have a case on your phone then it’s worth noting that you will need to remove it before clipping it into the Kishi.

In addition, the Razer Kishi has a USB-C passthrough port that allows for the charging of your phone while you’re playing. However, the port does not support wired headphones so you will need to use Bluetooth headphones, preferably ones that support low latency audio. The Kishi does have speaker grille cutouts which do a good job at amplifying your phone’s onboard speakers.

As a controller, the Kishi has the same capabilities of a regular Xbox controller and the buttons and triggers all feel just as satisfying to press. The exception is the D-Pad which feels a bit mushy to use but it gets the job done. The analog sticks feel more similar to a standard Xbox controller than the Nintendo Switch, making them more accurate and comfortable. It also works out of the box with any Android games that support controller input such as Fortnite and Asphalt 9.

Overall, the Razer Kishi is the best controller option for xCloud gaming with a plug-and-play simplicity and comfort level that can’t be beat. While it’s $130 street price tag might seem a bit steep, it’s reasonable when you consider that the cost of an Xbox controller and phone mount will run you the same amount. 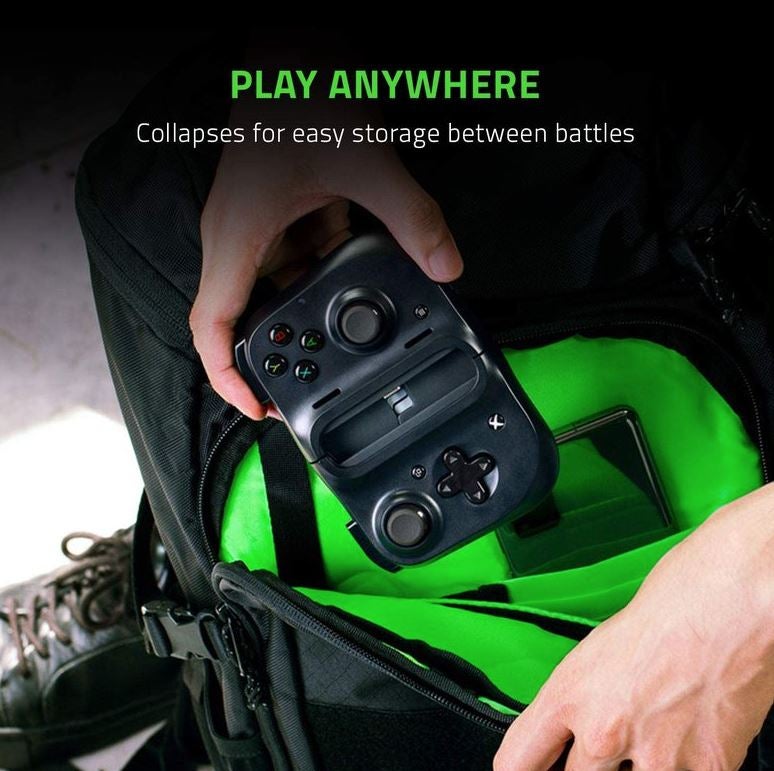 xCloud is currently only available for Android devices and tablets with support for Windows 10 PCs and iOS devices to follow later this year.

While xCloud launched late last year in 22 countries, xCloud is set to officially launch to the Australian public within the first half of 2021. In the interim, Australians can sign-up on Microsoft’s website for a chance to check out the service in beta.

During the preview period, users will have to use a separate Xbox ‘Streaming’ app but once officially launched the service will be accessible from the Xbox Game Pass app.

How much data does xCloud use?

Microsoft doesn’t provide any estimates on how much data xCloud uses but based on my own tests and with the assistance of Android’s integrated data tracking features, I found it would use about 2.7GB data per hour regardless of the title we played.

Two hours a week would equate to around 22GB a month so if you’re thinking about using xCloud regularly, I would recommend a mobile plan with at least 40GB.

What games can you play on xCloud?

xCloud is a part of Microsoft’s Xbox Game Pass Ultimate service which means that almost the entire 100+ Game Pass library will be available for streaming on xCloud once the service officially launches locally later this year.

However, during the preview period, the following 36 games are currently available to play on xCloud in Australia: