“The retailers are in fierce competition to win over new customers and keep their existing ones happy,” said Head of Canstar Blue, Megan Doyle. “You can’t have failed to notice the aggressive advertising campaigns from retailers trying to attract the attention of consumers. But whether or not they’re paying attention is another matter.

“This is good news for consumers, though, who shouldn’t be afraid to play hardball with their retailers over improved terms. If you’re not sure about the type of contract you’re on and the rate you’re paying, find out and push for a better deal. And if you feel like you’re not being heard, look around for other options – you’ll find at least a dozen of other retailers wanting your business.

“The big three may currently have more customers in South Australia, but of the brands that featured in our results, customers of Simply Energy are the most satisfied with the service they’re getting.”

The cost of gas in South Australia

Conducted towards the end of winter in September, the survey found South Australian households spent an average of $246 on their last quarterly gas bills. That compares to $284 in Victoria, $240 in New South Wales and $156 in Queensland.

In South Australia, customers of Simply Energy reported the lowest average bills at $223 – more than $20 below the state average.

About one in three (34%) bill-payers in South Australia said they would like to switch providers but find the process too daunting or simply can’t find the time. This compares to 32% in Queensland, 36% in Victoria and 38% in New South Wales.

In South Australia, customers of Simply Energy (12%) were the least likely to want to switch. Of the big three, the percentage climbed to 35%-40% of customers.

“Various factors go into determining overall customer satisfaction, but South Australians lead the way in terms of demanding value for money from their energy retailers,” said Mrs Doyle. “They also place more importance on good payment plan options than customers in other states, and are the least likely to care about getting good customer service.”

In an effort to cut costs, South Australians (67%) were also most likely to say they have reduced their gas usage in the hope of keeping bills low. This compares with 54% in Queensland, 61% in New South Wales and 66% in Victoria.

“It’s all about the bottom line for South Australians,” said Mrs Doyle. “While consumers in other states are more likely to look for good service or clear billing information, those in South Australia just want a retailer that hurts them least in the hip pocket.” 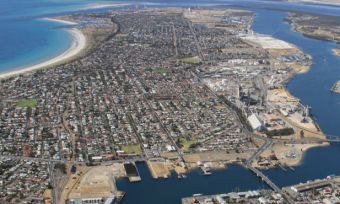