We might be a nation of coffee snobs, but plenty of Aussies still love their tea – the average tea drinker will consume three cups a day. 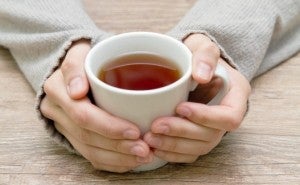 It’s as much of an essential as bread, milk or Vegemite in many Australian kitchens. Most of us will have a stash of tea bags on hand, even if we don’t drink it too often. Gossiping with friends or neighbours is often accompanied by a cuppa, and when the (dreaded) in-laws come to visit, we put the kettle on and try our best to be hospitable.

However, it does seem that tea is mostly preferred when we are at home or work. Not only do most people like to make it for themselves, but it’s popular opinion that cafes charging $3 or more for a teabag and hot water are practically committing robbery!

While good old black tea reigns supreme as the favourite tea overall, with 42% of all Australians nominating it as their favourite tea, there are plenty of other popular varieties.

English breakfast has consistent popularity among all age groups; with around 30% Aussies opting for the British brew. Green Tea is also rising in the ranks, with 23% of the vote. Both of these are slightly more popular among our youngest demographic (18-29 year olds), who say they would prefer either green or English breakfast over a regular black tea

It’s the younger groups that are also branching out when it comes to tea choices. They are sampling all kinds of flavoured infusions, which are growing in popularity. Chamomile, Chai, Fruit, Citrus and Mint are mostly enjoyed by people between the ages of 18 and 39.

Those aged 40 and over seem to prefer just a standard cup, rather than the new fruity brews that are popping up on the supermarket shelves. Black tea is still most preferred among people in their 50s, half of whom say black tea is their brew of choice. 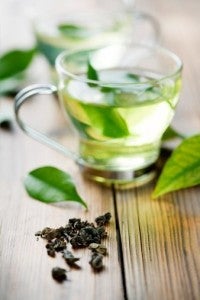 It’s becoming more and more popular, so what’s all the hype about?

First of all, it can be very healthy; green tea has the least caffeine of any tea, as well as supercharged antioxidants that can have a role in reducing the effects of aging. These antioxidants also have links to improved cardiovascular, dental and general health.

Unlike coffee, which makes you very jittery, green tea can help with concentration and focus. Instead of a big energy hit, the mild buzz that you can get from green tea gives more stable energy, which in turn helps with productivity and concentration.

Many claims of miraculous benefits of green tea aren’t backed by everyone, and a lot of the health benefits come as part of a healthy lifestyle in general. All teas do contain varying levels of caffeine and antioxidants, and having them without sugar or honey is certainly a good way to be a little healthier.

With the exception of water, it’s the world’s most popular drink. It contains a little more caffeine than its green cousin, but has many of the same health benefits.

The amount of caffeine in tea is enough to give you a nice little wake-up without putting the same strain on your heart than coffee does.

Overall, a cup of tea can just make you feel good in general. It’s a simple indulgence that is also pretty healthy.

It’s still a black tea, but there is one defining feature of an English breakfast tea and that is the aroma. Considering that smell makes up a great proportion of what we taste, aromas in tea are important.

The robust and full body with floral undertones and a distinct coppery note is made by combining various Asian or African teas. Ultimately, it’s said to have a comforting smell similar to a cooked breakfast, but that is very much up for interpretation.

It seems that tea is an essential part of any kitchen, and that its appeal is universal. Even in Australia – the nation of proven coffee snobs – tea is still very much a favourite drink for the less snobby among us. No soy, decaf, quarter strength, vanilla latte with two Splenda, just a good old black tea, thanks.