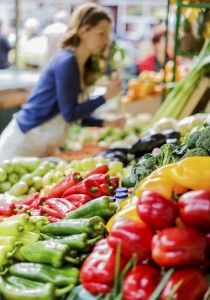 GST – otherwise known as the Good and Services Tax  – is a flat tax of 10% that applies to most goods and services sold in Australia. For many consumers, it’s an invisible tax in that it’s simply applied to the sales price of the items you buy. If you take a close look at your sales receipt though, you will often see the GST itemized against the total sales amount.

Currently, there are a handful of goods and services that do not attract GST, including some education courses, some health costs and fresh food. There is a certain amount of pre-election debate at the moment, though, canvassing the idea of charging GST on fresh food. So – what is the verdict of various expert groups?

The GST, a form of consumption tax, is a relatively efficient tax. It does not discourage earnings or investment nearly as much as income and corporate taxes.

If the tax were extended to cover fresh food, health, education, child care, water and sewerage, governments could have raised an extra $15 billion in 2012-13. This figure takes into account the effects of consumer behaviour change due to increased costs, and leaves exemptions in place for a number of areas where applying a GST is particularly difficult.

A proposal to extend the GST to fresh foods like fruit and vegetables has been met with strong opposition from the nation’s peak nutrition body.  Dieticians Association of Australia (DAA) CEO Claire Hewat said any extra revenue from a widened GST on food would likely be eaten up in extra health costs down the track.

“Many Australians already fall short when it comes to fruit and vegetables. Bumping up the price of these healthy staples will make it more difficult for some people to eat these foods. We need to be making it easier for people to eat fresh, healthy foods, not harder,” said Ms Hewat.

The National Farmers’ Federation (NFF) has also raised serious concern over the potential for GST to apply to the sale of fresh food, seeing it as something that will impact on the profit margins of farmers across the country.

“The reality is that the retailers aren’t going to forego profit. This means that farmers are likely to be forced to absorb the increase in costs.”

The Organisation for Economic Co-operation and Development’s (OECD) December 2014 Revenue Statistics report found that when compared with the OECD average, Australia has higher revenues from taxes on personal income, corporate income and property, and a lower proportion of revenues from taxes on goods and services. GST revenues in Australia accounted for 12.1% of total tax revenue in 2012, the second lowest proportion in the OECD after Japan and considerably below the OECD average of 19.5%. By comparison, taxes on personal income, profits and gains represented 39% of total tax receipts in Australia, compared with just 24% average across the OECD.

It begs the question: if GST were to be increased, would personal tax rates decline??

What is your view? Would a GST on fresh food change your shopping behaviour or not?