Show Important Notes^* Hide Important Notes^*
* Overall satisfaction is an individual rating and not a combined total of all ratings. By default, brands with equal overall satisfaction ratings are sorted by the mean overall satisfaction score as rated by consumers. You can click the arrows at the top of any column in the table to sort by the results in that column.
^ By clicking on a brand or ‘details’ button, you will leave Canstar Blue and be taken to our referral partner to compare. You agree that Canstar Blue’s terms and conditions apply to this referral. If you click on a brand that our referral partner does not cover, you will be taken to a brand page on Canstar Blue.
Canstar Blue research finalised in March 2021, published in March 2021. 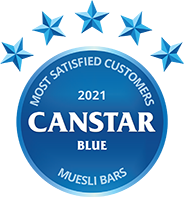 Where do oats go out for a drink? The Muesli Bar. OK bad dad jokes aside, muesli bars are a good snack option to drop into kids’ lunch boxes or take to work for that 3pm slug. In fact, 13% of respondents in our survey said they primarily buy muesli bars for their children, while nearly a quarter (22%) admitted they keep one on hand in case they get hungry during the day.

Aussies take their muesli bars cereal-sly, with almost half of survey respondents (45%) admitting to having tried multiple brands. But which is best? To find out, Canstar Blue asked more than 1,100 shoppers to review the brands of muesli bars (including cereal bars and nut bars) they’ve bought from a supermarket or grocer in the last six months. Brands were rated based on important factors like taste, texture, variety, value for money, packaging design and overall satisfaction. Those that received the minimum sample size (30 responses) are compared. So, what did we find?

Nestlé’s Milo raised the bar in our latest review, rating best for overall satisfaction and scoring five-star reviews in most categories including taste, texture, and packaging design. 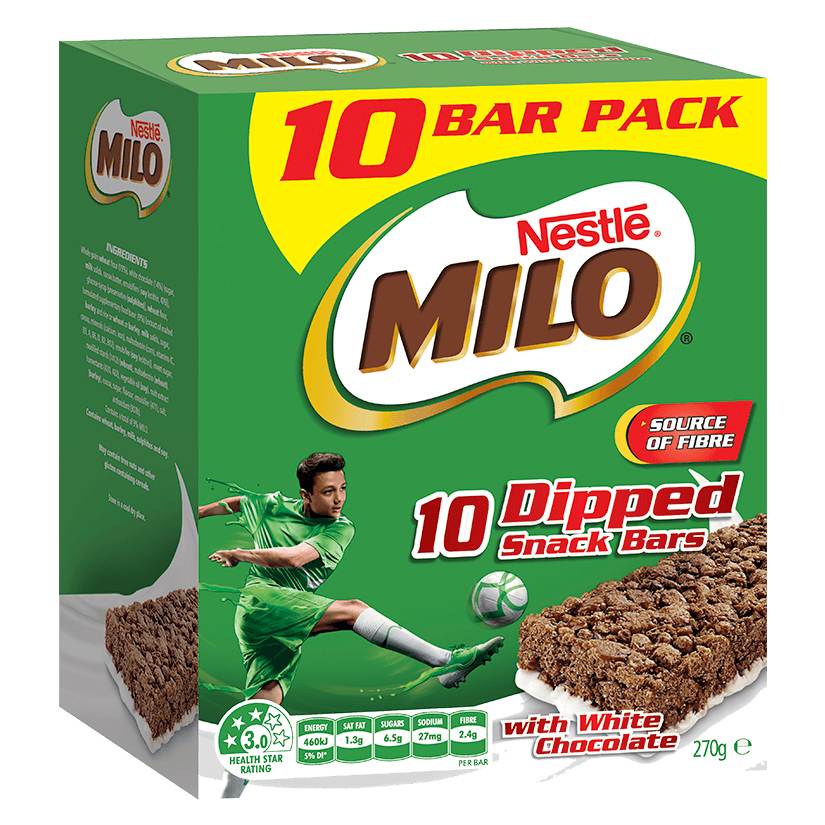 Here are the best muesli bar brands in Australia, as rated by consumers in Canstar Blue’s latest review:

But Milo wasn’t the only brand to earn a sweet victory. ALDI Hillcrest was rated best for value for money, while Nature Valley, Uncle Tobys and Nice & Natural achieved five stars for variety. Nature Valley also got full marks for texture, similar to Milo. 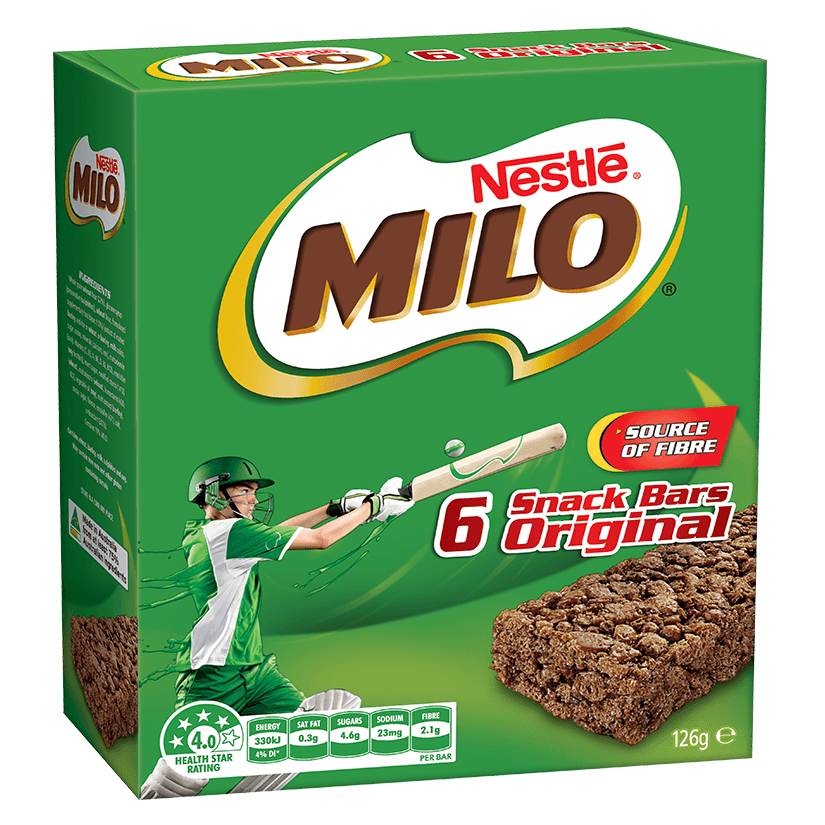 The brand behind Aussies’ favourite malt chocolate powder, Milo, has extended its range to include cereals, ready-to-drink beverages and snacks. Its snack bars are said to provide a source of fibre in both the ‘Original’ and dipped varieties. Milo’s bar range includes:

Milo snack bars typically come in a pack of six for $4.30. 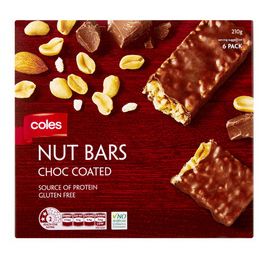 Coles’ private label offers a range of household essentials and groceries at low prices, including several types of flavoured muesli and fruit and nut bars. Here are some options from the Coles homebrand range:

Prices for Coles muesli bars usually start from $1.90 and go up to $3.50 for the protein bars. 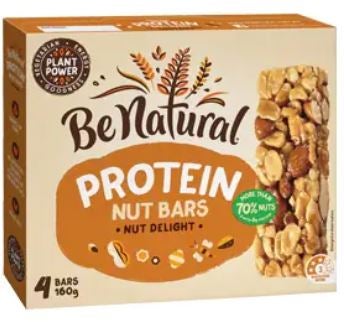 Be Natural is all about plant power. Its snack bars are claimed to contain mostly plant-based ingredients, with no artificial colours, flavours or preservatives. The Be Natural Protein Nut Bar is said to provide natural protein from peanuts, almonds and walnuts. There’s currently just one flavour available:

A pack of four Be Natural bars will usually check out for $4. 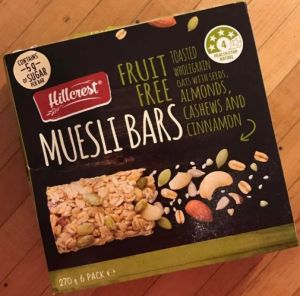 Hillcrest is exclusive to ALDI. It’s the German discount supermarket’s own brand of snack bars, featuring a variety of flavours and options of protein and oat bars, sesame snaps and muffin and nut bars. Here’s a product selection from the range: 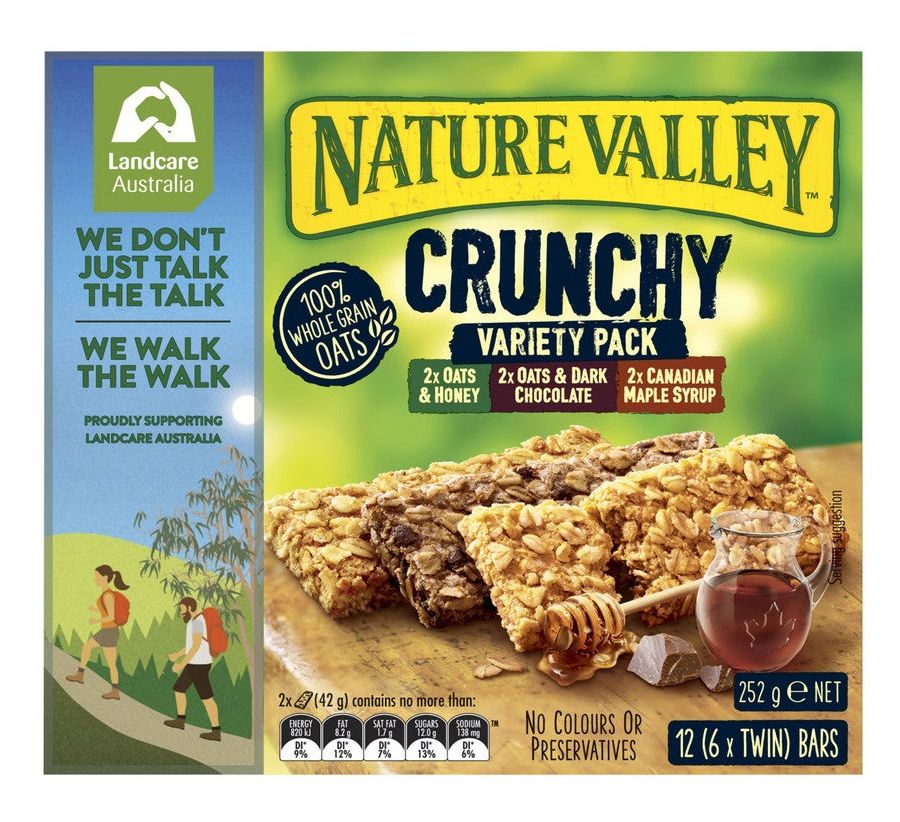 Nature Valley stocks a wholesome range of treats with what it describes as ‘real ingredients’, and no nasties like artificial colours, flavours or preservatives. Nature Valley has a wide range of muesli bars with crunchy, protein, and nut butter options. Here are some of the products:

A pack of Nature Valley muesli bars usually costs between $4 to $5, although you can get larger variety packs for up to $9. 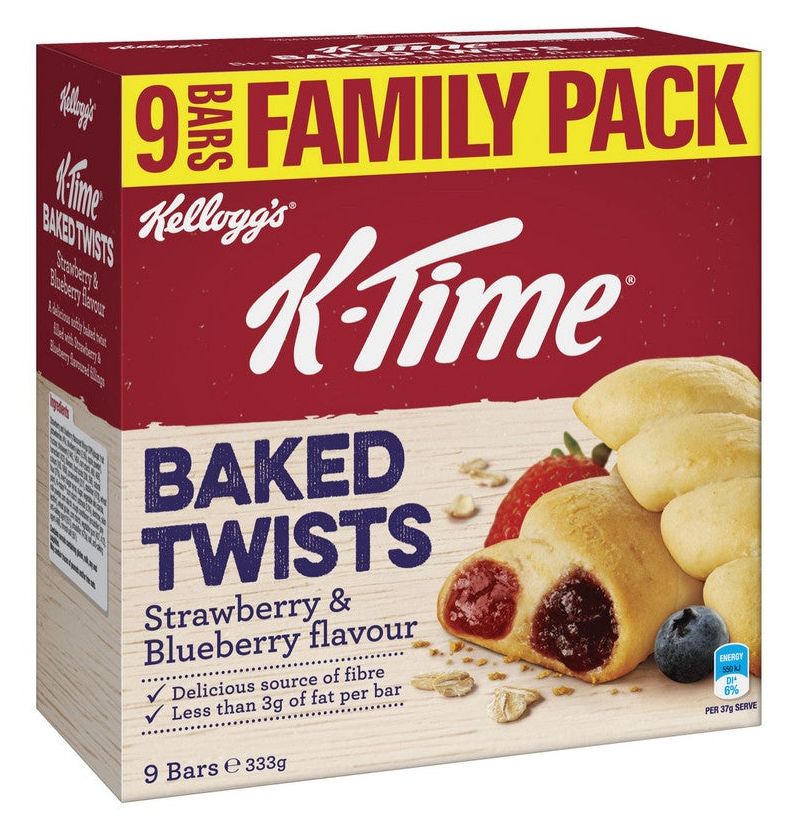 Kellogg’s is one of the biggest names when it comes to the breakfast table, with its K-Time range now offering families a variety of baked snacks to take on the go. Claimed to be low in fat and sodium, but high in fibre, products in the Kellogg’s K-Time range include Soft Baked Breaks, Soft-Baked Bites and Crunchy Baked Bites. Here’s a sample selection: 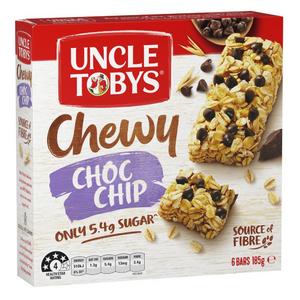 Everyone knows Uncle Tobys, as a brand associated with many childhood memories. Uncle Tobys is one of Australia’s original cereal makers circa 1861, first operating under the brand name Parsons Bros, with their products now sold all over the world. Uncle Tobys has a wide range of healthy snacks and breakfast cereals, spanning over 50 different products. Here’s a product selection from its muesli bar range: 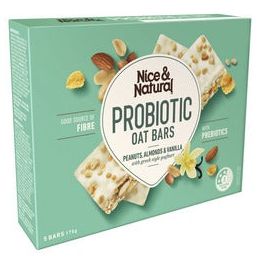 Nice & Natural products are claimed to be made with ingredients inspired by nature, which means no added artificial colours, flavours and fillers. The muesli bars are said to contain a blend of wholegrain oats and fruit and ancient grain combinations. Products from its range include:

A four-pack of Nice & Natural muesli bars can cost $4 or $5, depending on the flavour you get. 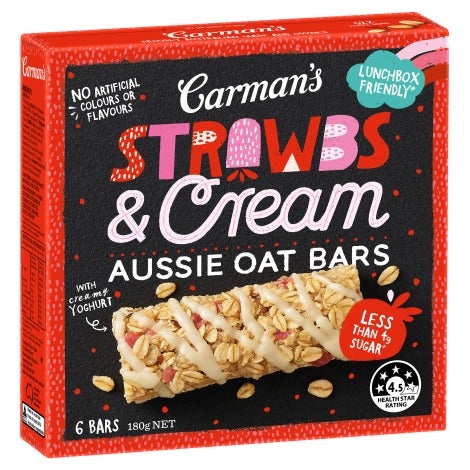 Carman’s is proudly Aussie-owned, with a premise to make snacks with real passion and food. The brand claims to do things differently with an uncompromising commitment to quality, because food should come from the kitchen not the chemist. Carman’s offers a wide variety of muesli bars suitable for different dietary requirements such as low FODMAP, low GI, gluten-free and vegan. Some products include:

Carman’s muesli bars start from $5 for a six-pack and go up to $10 for a variety pack containing either 16 or 18 bars. 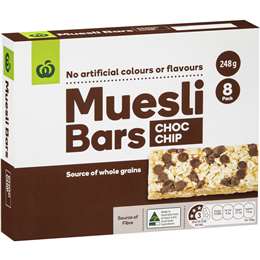 Woolworths Essentials is the supermarket’s range of essential home and kitchen items. The low-price range has different pantry staples and snacks, including nut bars, cereals and long-life products. Here’s a product selection from the range of muesli bars:

Prices for Woolworths Essentials muesli bars start at $1.90 for a pack of eight (248g).

Which muesli bars should I buy?

Not all muesli bars are created equal. Some contain nuts, others are made with oats, granola or other cereals. Some have chocolate or yoghurt toppings; others contain more fruits and seeds. You get the gist. Once you’ve worked out your fav flavour combo, you should do a deep dive into the nutritional value of your favourite snack.

Generally speaking, muesli bars have a healthy image, but the truth is they’re often full of added sugars and high in saturated fats. If you’re looking for an alternative that won’t impact your waistline, look at the nutrition information panel on the back of the packet. Look for calories, wholegrains, protein and fibre per serve. Ideally, you’ll want an option that has the least amount of sugar, but that tastes great and offers value for money.

What are the best muesli bar brands?

Our latest muesli bars review saw Milo (Nestlé) rated best in half of the categories:

Canstar Blue surveyed over 3,000 Australians across a range of categories to measure and track customer satisfaction, via ISO 26362 accredited research panels managed by Qualtrics. The outcomes reported are the results from customers within the survey group who have purchased (from a supermarket or grocer) and eaten muesli bars in the last six months – in this case, 1,133 people. 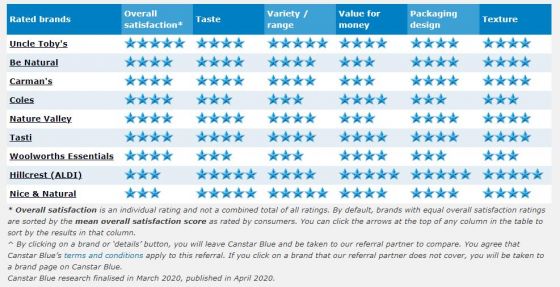