You probably have some gathering dust in your kitchen pantry. It’s a staple at Italian restaurants and the average person in Greece consumes more than 24 litres of it every year. So, what makes olive oil so special?

When buying olive oil, most go straight for the ‘extra virgin’ type, even though most of us don’t really know what that means. With ‘extra light’ available as well though, are we choosing the right olive oil? What’s the difference?

Read on to learn how olive oil can be a healthy part of your diet, and how to choose the best olive oil for you. 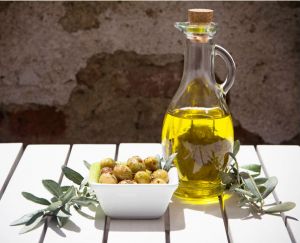 What is olive oil?

Olive oil is a fat made by pressing whole olives. Olive oil has been used in Mediterranean cooking for thousands of years, and remains a staple in kitchens all around the world.

What types of olive oil are there?

It’s not really clear what the labels on olive oil mean – which is better, ‘extra virgin’ or ‘extra light’? There are three grades of edible olive oil:

Other words you may see on olive oil labels include:

You can also buy infused olive oil, which carries the flavour of the herb or flavouring. Popular infused olive oils include garlic, chilli, onion, lemon, and mixed herb. These can add an extra spice or tang to your cooking or salad dressing. 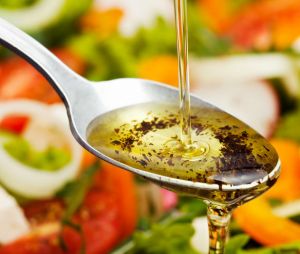 There’s a common misconception that oil is bad for you. However, that’s not always true. It depends on the type of oil. Olive oil is a very healthy type of oil, as it mainly consists of monounsaturated fatty acids. These are a good dietary fat which can lower cholesterol and help insulin and blood sugar control. Virgin olive oils are considered the best for health, as they retain the most of the olive’s nutrients.

Olive oil is a significant part of the diet of Mediterranean peoples, which studies have shown produces a lower risk of diseases such as cardiovascular disease and some types of cancers. However, it’s important to note that while it’s a healthy fat, olive oil is still high in calories, so don’t go drinking it by the glass to ward off heart disease.

How much does olive oil cost?

As one of the most popular olive oils on the market, olive oil ranges from the highly affordable to the premium. Below is an indicative price range for some of the most common brands found in supermarkets, in cost per 100mL: 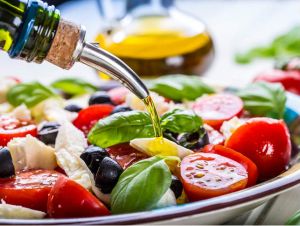 What can olive oil be used for?

There are plenty of uses for olive oil that you might not expect. Below are just a few, but explore your recipe books and recipe websites to discover more things you can do with olive oil.

Olive oil is also used in cosmetics and soaps, but usually uses a different, inedible grade.

Oil sprays are a handy way to coat pans and baking trays to prevent sticking, without making a mess or using too much oil. It’s also quite affordable, with prices in supermarkets ranging around $1.33 to $2.99 per 100g.

Should I use olive oil?

Olive oil is a great choice for healthy oil. It has more flavour than other healthy oils like canola or sunflower oils, which makes it great for salad dressings and Mediterranean cooking. However, if you need a neutral-tasting oil, it’s better to look elsewhere.

It also has a lower smoke point than other common cooking oils, which means it starts degrading at a lower temperature. This isn’t a health problem as such, but it does degrade some of the omega 3 content and can affect the taste. So olive oil isn’t a great choice for high-temperature cooking such as frying.

The healthiest olive oil is extra-virgin, and cold-pressed if you can get it. There’s a wide range of strengths of taste among olive oils, so consider your tastes and the kinds of dishes you intend to use it in to make the best choice for you.