We’ve all experienced the feeling of disappointment when you realise that lovely loaf of bread you bought from the supermarket or bakery has gone stale. Whether it was stored incorrectly or just left for too long, it’s still a sad sight. And for many people, once it’s stale, it’s destined for the bin.

As a relatively low-cost grocery item, it’s easy to simply throw out that old bread and buy a new loaf later on. But before you do so, consider these seven tasty ways to use various types of the stale stuff rather than putting it in the bin. You might be pleasantly surprised.

Got a stale loaf of ciabatta?

If you’ve never had it before, panzanella is an Italian salad with three key ingredients – fresh tomatoes, basil and bread (sourdough also works, but not sliced bread). Because ciabatta bread is coated in olive oil and baked until crisp, the fact that it’s stale will more or less slip under the radar. While this option is only really viable in summer when tomatoes are at their absolute best, it’s still a great way to use a stale loaf of bread. Here’s a recipe we really like that uses a few tricks to make the salad even better.

One of the more notable cold soups, gazpacho is a delicious export from the south of Spain. It’s made from tomatoes, capsicum and most importantly, bread. It’s also dead easy to make and you’ll probably have most of the ingredients lying around the kitchen. We like the look of this recipe, which takes 15 minutes to prepare and 45 minutes overall. So you’ll have a delicious lunch or dinner in less than an hour!

Stuck with a stale white loaf?

Whip up a bread and butter pudding

Perfect if you’re in the mood for a hot dessert, bread and butter pudding sits among comfort food royalty – it’s also dead easy to make. We like the look of this recipe a lot, mainly for its simplicity but also because of how good it looks! Removing the crusts is a bit of a chore but that’s the only part of the recipe that requires any effort.

Whether you want to make stuffing, sausages, or deep-fry something, breadcrumbs can be your best friend. To make them, take your bread (preferably a whole loaf, but sliced bread will work) and tear it into small pieces. Then throw the pieces into a food processor and flick the switch until you’ve got a coarse but even consistency. If you want, you can then chuck them in the oven on a high temperature to crisp them up.

Forgot about that baguette?

Turn it into garlic bread

Who doesn’t love garlic bread? Most of us probably buy our garlic bread premade and frozen from the store, but making your own is quick and easy! All you need to do is slice the baguette almost all the way through at inch or so intervals along the loaf and then smear a mixture of garlic, butter and fresh parsley between the slices. We recommend starting with a ratio of two cloves of garlic to about 110g of butter and then adjusting for taste, adding a small amount of parsley when you’ve got the ratio right.

Or use it for bruschetta!

Perfect for breakfast or a light lunch, bruschetta is essentially chopped up tomatoes on toast, usually accompanied by olive oil, basil and some salt and pepper. The smaller circumference of a baguette makes it perfect for bruschetta, and this recipe includes white beans and olives, which we think looks delicious! Because the slices of baguette are toasted, it doesn’t matter if the bread is a little stale.

Has that rye gone stale?

The unique flavour of rye bread makes it great for croutons that will stand out in a salad, rather than the bland crunch afforded by croutons made from white bread. Simply cut the bread up into half inch cubes (or however large or small you want your croutons), toss them with olive oil, salt and pepper until they’re fully coated, and then bake them in an oven until they’re crunchy and crispy.

It’s worth keeping in mind that stale bread doesn’t necessarily need something complex done to it in order to make it delicious again. Unless it’s literally rock hard, most stale bread isn’t beyond being toasted or, in the case of chunkier breads, thrown in the oven for a bit. But all of the options above look absolutely delicious, so why not give them a try.

Why you should drink water before your morning coffee 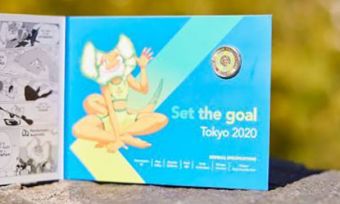