You can’t go wrong with the standard carrot, corn and broccoli combo – it’s a staple of refrigerators and frozen vegetable packets all over the country. But it might get a little boring after a while.

If you’re interested in shaking up your regular mix of veggies, have a look at this list and see if anything catches your eye. 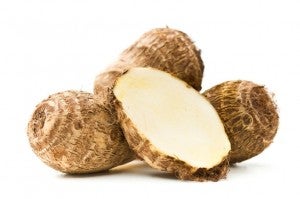 More commonly available in specialist fruit markets or grocers, Taro has its origins in Southeast Asia and South India. It’s a root vegetable with a distinctive purple colour and a large plant growing above the surface. When grown for decorative purposes, the plant is commonly known as ‘elephant ears’ due to its large and distinctive leaves.

In culinary settings, taro corms are used in all manner of ways, often cooked similarly to a potato. Often it’s compared to a potato for its starchiness, but it differentiates itself with a sweet and nutty flavour.

Because of these both sweet and savoury qualities, taro is used in both main meals and desserts. Throughout Asia, everything from curries to desserts, and just plain old mash is made with taro. McDonald’s in China even make taro pies instead of the apple pies we are familiar with in Australia. 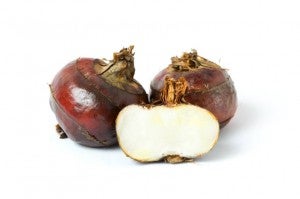 Despite the name, this is not actually a nut. A water chestnut is an aquatic vegetable that grows at the roots of sedge throughout Asia. The sedge in question is commonly found in marshes and the vegetable grows in the mud beneath the water.

The corm that are grown for consumption are small, round and have white flesh. Their texture is crispy and is able to be eaten both raw and cooked. Often, the vegetable is preserved through pickling or being tinned.

They have a slight sweetness to them and are crunchy like a carrot. In Australia, they can be found in the international foods aisle of major supermarkets, as well as the frozen vegetable aisle of supermarkets as part of Asian vegetable mixes. 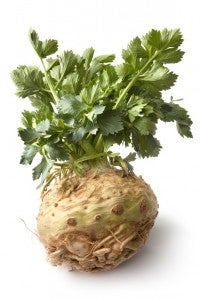 Another root vegetable, celeriac is also known as celery root, or knob celery. It grows freely in the wild through Europe, and is cultivated for the root rather than the stems. Celeriac can also be found in North Africa, the Mediterranean, Siberia, Southwest Asia, and North America.

The taste is similar to celery and the vegetable is used in savoury dishes such as soups and casseroles. The leaves and stems also have a similar flavour, and are used as garnishes on food in fine dining restaurants. 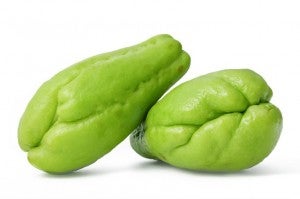 In Australia we call them chokos and while they are commonly mislabelled as a vegetable, they are technically a fruit. It’s from the same family as melons, cucumbers and squash, which is why it has a similar consistency that is only slightly firmer.

A chayote is kind of pear shaped, with a bland sweetness and slight nuttiness. On the outside, it has a thin wrinkled skin, coloured lime green. The colour fades towards the centre of the fruit, where it’s white and has a single flat stone.

There’s a lot that can be done with a chayote, but in Australia, it’s most often fried and served with salt and pepper. Plain and simple, it’s not for everyone.