Woolies has already sold out of some popular Woolworths Bricks items, only a week after launching the new Lego-style collectables promo.

The Woolworths Bricks delivery trucks emblazoned with the supermarket’s logo and colours sold out within just days of launching on September 8. Some savvy shoppers are already listing the Woolies mini trucks and starter kits for sale on third-party sites like eBay. One Woolworths Bricks double set is already listed online for $220 −more than seven times the minimum spend of $30 for collectables. 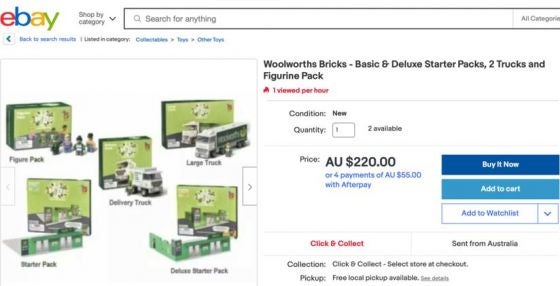 Woolworths says customer demand for its sustainable Lego-style collectables, made from at least 80% recycled materials, had been higher than anticipated.

“We do not encourage resale of these items and are hopeful families who take part and collect Woolworths Bricks can enjoy them for years to come,” a Woolworths spokesperson said.

“Despite ordering more associated merchandise to accompany this collectables program compared to previous years, we’ve found that demand for some items, including the replica electric-powered Woolworths delivery truck, has far exceeded our expectations.

“We apologise for any disappointment caused if customers find that any of the Woolworths Bricks delivery trucks have already sold out in their store or online.” 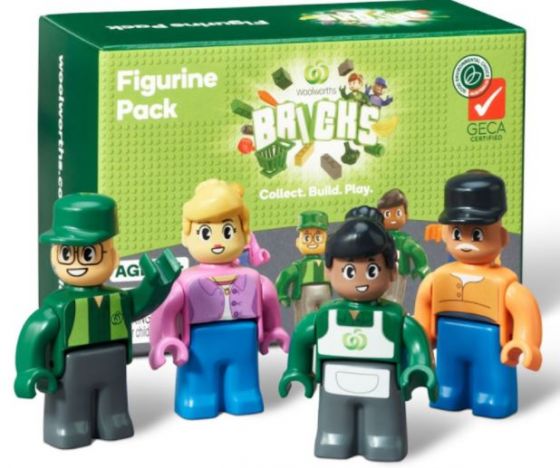 The Woolworths Bricks promotion has been so popular that some shoppers purchased Woolworths’ entire collectables collection within a few shops, despite the supermarket ordering more accompanying merchandise than previous years.

Social media users have voiced their frustrations over the trucks selling out so quickly, while other Woolworths Bricks accessories are also running low on stock, according to shoppers online.

The supermarket says that ordering more toy delivery trucks was not possible as they would take months to order, manufacture, and ship to Australia. It also stated availability of collectables was always ‘while stocks last’, as outlined in the terms and conditions.

Woolworths Bricks will launch in New South Wales and the ACT on September 22. The delayed launch in those states was to prioritise food supply and everyday essentials through Woolworths’ NSW distribution network. 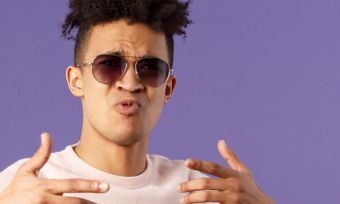