Woolies is set to launch free limited-edition collector coins to celebrate the 30th anniversary of The Wiggles.

The supermarket has teamed up with the Royal Australian Mint to release four exclusive $2 Wiggles coins for shoppers to collect with their change from registers in stores, from Wednesday, 6 October. Customers can also go online to claim the unique coins.

The $2 coins will feature iconic characters that have supported The Wiggles over the years, including Captain Feathersword, Henry the Octopus, Wags the Dog, and Dorothy the Dinosaur. A new coin will be released each week until October 27.

There will also be two commemorative $1 coins featuring the original and current Wiggles band. In total, eight million coins will be released for customers to collect at Woolworths stores across Australia. 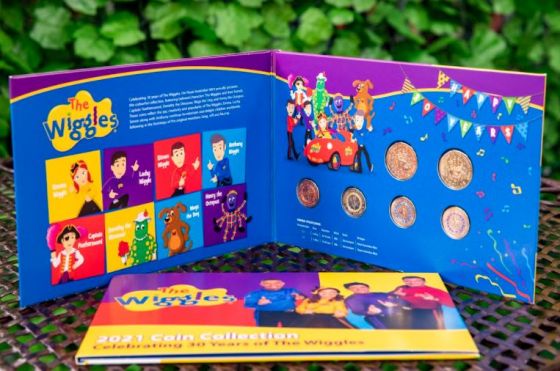 Shoppers will also be able to purchase limited-edition coin collectors’ albums that contain the full set of The Wiggles coins for $15 in stores or online.

Woolworths Chief Marketing Officer, Andrew Hicks, said: “The Wiggles are a much loved Aussie icon not only for kids but a whole generation of parents who grew up singing and dancing along to their songs.

“We’re excited to be part of their 30-year anniversary celebration with these limited edition coins, which will allow our customers to own a piece of Wiggly history and share it with their family.”

This is in addition to the supermarket’s current Woolworths Bricks collectables promo.

Big W (owned by the Woolworths Group) will also get in on the action by hosting the ‘Biggest Wiggly Birthday Party’ virtual concert on Friday, 1 October. The event will be live-streamed on BIG W’s Facebook Page as a special live celebration for kids who have missed out on celebrating birthdays with family and friends this year.