A new global study has confirmed Australia’s place towards the top of the list for high rates of skin cancer, but also showed we are less likely to die from the disease.

A skin cancer index has been published by Derma.plus to better understand the geographical and geopolitical factors which can make skin cancer incidences more common, and sometimes deadly, in certain regions over others.

The Skin Cancer Susceptibility Index analyses the UV factor, skin-tone by demographic percentages, and the rate of incidences from a range of countries, to identify geographically where the highest rates of skin cancer are most likely to occur.

The study found that New Zealand and Australia had the highest incidences of skin cancer in the world, receiving scores of 10 and 9.67 respectively.

However, Australia had the lowest mortality rate of 13%, while New Zealand recorded 15%.

According to Derma.plus, skin cancer is the most commonly diagnosed cancer worldwide. But if detected early, it can be one of the easiest to cure. Worldwide, Sweden has enjoyed the highest rate of success in treating skin cancer, the study found.

The skin cancer mortality rate in less developed nations was up to five times higher than in developed countries.

“The incidence of both non-melanoma and melanoma skin cancers has increased dramatically over the past decades,” said Professor Dietrick Abeck, Chief Medical Advisor for Derma.plus.

According to the Cancer Council, Australia has one of the highest rates of melanoma in the world, with one Australian dying every five hours. More than 14,000 Australians are expected to be diagnosed with melanoma this year.

There has been an update to clinical care guidelines that recommend important tools in the management of melanoma.

“There is no doubt that early detection followed by prompt and appropriate treatment are still key to surviving melanoma, and it is hoped that these updated guidelines will improve the diagnosis and effective treatment of early stage melanoma as well as the treatment of later stage melanoma.

“The message to Australians is simple – keep a close eye on your skin and if anything looks suspicious or changes, get it checked by a medical professional who now has access to up-to-date, evidence-based treatment guidelines,” Professor Thompson said. 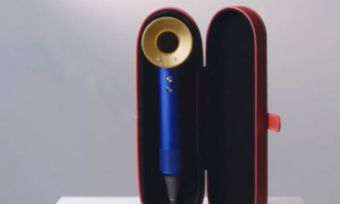