In the age of an obesity epidemic, more allergies, and rising rates of heart disease, diabetes, and cancer, more and more people are looking for new ways to make healthier choices. With everyone being so busy these days, demand is high for healthy food that is simple, easy, and highly nutritious.

This has brought a boom in the health food market. It seems like there’s constantly newly discovered ‘superfoods’ that we absolutely must start eating every day to protect our health. It’s understandable that people want to be healthy and make the best food choices. However, it can be hard to tell whether something is actually as good for you as it seems.

One of the latest healthy eating fads is chia. These little seeds are popping up everywhere – in healthy puddings, smoothies, salads, even in bread. But is chia really a super food? Let’s find out.

What are chia seeds?

Chia is a member of the mint family, native to Mexico and Guatemala. They’re very small seeds, usually packaged and labelled as either white chia or black chia. There’s no nutritional difference between the two – they’re just different colours.

Are chia seeds good for you?

The nutritional benefits of chia seeds are often touted as:

Chia seeds are often marketed as great for weight loss, as they’re high in fibre and protein, and expand in the stomach, which increases the feeling of fullness and slows the absorption of food. Its high fibre content is promoted as reducing the risk of heart disease, diabetes, and some types of cancer.

What do the experts say?

Studies such as this one in 2012 found that chia seed didn’t reduce blood pressure, inflammation, or other disease risk factors, whereas another in 2007 found that it did. A journal article in Food Reviews International in 2013 refers to studies which show positive health effects associated with chia consumption. These include reduced risk of coagulation (a risk factor for heart attacks and strokes), decreased inflammation, lower blood pressure, slower digestion of carbohydrates, and inhibition of free radicals. The appetite-reducing qualities of high fibre are true, but studies focused specifically on chia have not found that the seeds on their own promote weight loss.

As there has only been limited research into chia, most purported benefits aren’t really conclusively proven. According to WebMD, chia seeds are highly nutritious but have not been proven to significantly aid weight loss nor heart health. Rather, chia is best consumed as a more nutritious replacement for other ingredients to boost nutrient intake.

The one thing that does seem to be universally agreed upon is that chia is a good source of Omega-3 ALA. Chia seed contains the highest known proportion of Omega-3 ALA in any plant, which is a precursor to essential Omega-3 long chain fatty acid types EPA and DPA. These are called ‘essential fatty acids’ because they cannot be produced by the human body. ALA needs to be converted into ‘active’ types EPA and DHA before the body can use it. The human body is rather inefficient at this, unfortunately.

Protein content varies depending on growing conditions, but is still greater than that of most other common cereals at 15-23%. Chia contains all nine essential amino acids (which are proteins).

Where do chia seeds come from?

Most chia seeds on the Australian market are grown domestically – in fact, one of the world’s largest producer of chia seeds is in the Kimberley region of Western Australia! This means you can be assured that your chia was farmed ethically, without concerns like those surrounding the exploitation of quinoa farmers in other parts of the world.

How much do chia seeds cost?

Chia seeds are not a budget buy, but as they rise in popularity the price should drop as large-scale production reduces per-unit production costs. You can expect to pay around $3.00 to $5.00 per 100g, depending on the brand and bag size. Serving sizes range from 1 to 2 tablespoons, and at 15g per tablespoon, that’s approximately $0.45 to $0.90 per serve (based on purchasing at $3.00 per 100g).

How do you eat chia?

The most popular way to prepare and eat chia is as a pudding. The basic recipe calls for mixing chia seeds with milk (dairy, almond or coconut) and leaving it in the fridge overnight. You can add flavour with cinnamon, vanilla extract, cocoa, fresh fruit, coconut shavings, nuts – you name it!

It’s also becoming a popular ingredient in smoothies, soups and porridge, adding texture and thickness along with the nutritional benefits.

Thanks to its gluten-free status, chia can be used as a grain replacement such as in baked goods and salads. It can also be used instead of, or mixed, with rice for greater nutrient intake. It can even be ground into flour!

However, it’s important to be very careful about eating chia seeds dry. When mixed with liquid, they quickly begin expanding and forming a gel. This can be dangerous for those vulnerable to swallowing problems, such as infants and the elderly. It’s not very tasty to eat them this way anyway, so you’re just better off using them in recipes such as those above, rather than trying to eat them plain and dry.

So, is chia a superfood?

While chia is certainly very healthy and comes packed with high levels of many vital nutrients, calling it a ‘superfood’ is probably overplaying it. It’s not a magic bullet to lose weight or drastically improve your health, but is a great way to integrate more healthy options into your diet.

Given its expense, it might not necessarily be the most cost-effective grocery shopping pick. But it is simple to use in a diverse array of dishes. At the end of the day, arguably the best thing about chia is that for such a healthy food, it makes a great pudding. 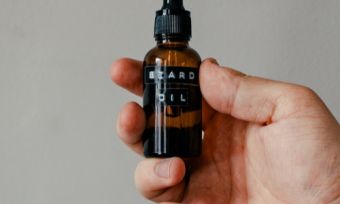 Is the Dyson Airwrap worth it? Review

Top 5 diets (lifestyle changes) to beat the bulge in 2022