Personally, I love a Saturday morning shave. There’s something quite satisfying about waking up early, having a warm shower, and getting that clean shaven feel for the weekend. However, we’re spoiled for choice when it comes to the tools to achieve these ends. Commonly, you can use many different types of razors to shave… but which is best suited for you? Read on, we may be able to help. 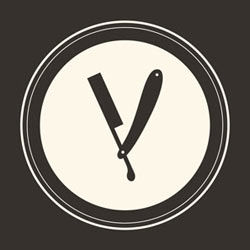 Affectionately known as the ‘cut throat razor’, this type of shaving is for the brave: a single long, extremely sharp blade is used to scrape the hair from your face. You may remember the instrument from the hit Broadway musical, Sweeney Todd.

It’s the type of razor that men from hundreds of years ago would typically use, and has seen a surge in popularity over the last few decades due to its utility and performance. With practise – and we seriously encourage it – you’ll likely experience the closest shave of your life (it is one of the sharpest blades you can use for personal grooming).

To practise, barbers spray shaving cream on balloons and attempt to shave it off without piercing it. You’re going to need to take your time and learn how to do this properly, which might be unacceptable for any time poor individuals.

Some things to keep in mind: 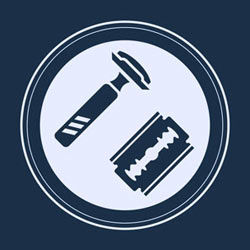 Safety razors sit in the happy middle ground between disposable razors and straight razors. The device houses a double sided razor blade in the head, but the entire width of each lengthways-side of the blade isn’t exposed – only a few millimetres of the outside edges. Because of this, it’s safer than a straight razor, because – at worst – you can only inflict minor cuts on your face and neck.

It is a very similar shaving experience to using a disposable model, although the blade is particularly sharp and you’ll need to be careful not to cut yourself. Additionally, blades become dull much faster (you’re using a single blade for your whole face, not two or three like a disposable model). Happily, razor blades are relatively cheap. This author picks up a packet from a nearby shopping mall for about $10, which has roughly 10 blades that last three shaves a piece.

The safety razor itself costs money as well, and can range from the expensive to the reasonable.

Disposable & Cartridge Razors (i.e. what you currently use) 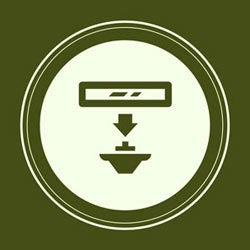 We love disposable razors in the office. We have a few guys around with sensitive skin, and disposables are by and large much more kind to these kinds of faces. Their size makes them easy to handle, they’re cheap to replace if you lose them, and inexpensive to purchase initially

They are not without their limitations. For one, disposable blades will struggle to get as close a shave as the razor types listed above. Additionally, you could make an argument that based on the amount of razors you need to purchase over a lifetime; they end up costing the most of any type, and produce more waste.

Similar pros and cons exist for cartridge blades. You would have seen models advertised on TV for disposables with two, three, even four in a cartridge docked to the head. These typically make for a really smooth shave, but (a) are typically more expensive than standard disposables, (b) don’t shave as close as a safety or straight razor, and (c) are similarly environmentally unfriendly when not properly disposed of.

Electric razors (i.e. what you use when on holiday) 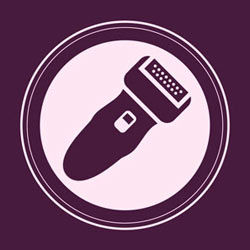 For the truly time poor, the electric razor makes for a great investment. You can find models for both wet and dry shaving, and they make the process of shaving relatively simple – no matter where you are. It’s because of this that they make for great travel tools for personal grooming, because no one can be bothered to do a proper shave when they’re lying around on the beach all day!

Additionally, it’s a one off purchase – no need to buy blades!

Some men complain that these razors irritate their skin, causing the dreaded ‘razor burn’. However, you can also get razor burn from disposables and safety models as well – and while some of the blame can fall on the device, some also lays with the user’s skill. Additionally, skin needs time to adapt to new shaving techniques, so you may need to give it a month of leeway before making a final judgement.

Electric shavers come in two varieties – rotary and straight (foil) blades. Rotary shavers have three rotating blades that bend and fold around the contour of your face, while straight foil shavers look like two curved cylinders docked to a handle. Ask one of your friends if you can demo on one theirs and see which one suits your mug.

We thought we’d mention beard trimmers, even though they’re not entirely a razor or proper shaving product. Beard trimmers are like hedge trimmers – they’re great for sculpting and refining, but probably not what you would use to chop the whole thing down.

They’re reasonably priced, and they do a great job of letting a man with a beard craft it ‘just so’. Beyond that, beard trimmers don’t really get close enough to the grain (where your hair grows from your face) to get that smooth-shaven look. Still, if you like a bit of stubble, or fancy crafting the monkey tale beard for yourself, this may be the product for you.