Don’t forget the most important meal of the day 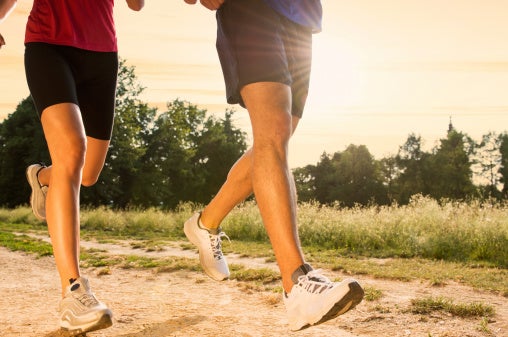 Breakfast is the most important meal of the day, because it provides you with your first daily source of energy and helps to kick-start your metabolism. It’s no coincidence that findings suggest women who skip this meal are four and a half times more likely to be obese. Try to grab a nutritious meal like oats or toast – these are full of fibre, which means they’ll gradually release carbohydrates to keep energy levels consistent throughout the day.

Experts have found that drinking six cups of cold water a day can raise resting metabolism by as much as 50 calories. With the body made up of more than 50 per cent water, keeping hydrated is key to maintaining many bodily functions, including metabolism. Insider’s tip: Put some lemon in your water for an added boost. The digestive enzymes and fibre in the lemon are great for increasing your metabolism.

Caffeine is a stimulant that has been shown to improve metabolism by up to eight per cent, or 174 calories a day. That means you no longer need to feel guilty about indulging in that morning coffee on the way to work! Just be mindful of added calories like milk or sugar that will undo any metabolism-boosting benefits. Also be mindful that you can have too much of a good thing – there can be serious health issues with having too much caffeine!

Muscle is eight times more metabolically demanding than fat cells, which means investing more time on weights at the gym will pay off in more ways than one. Muscle also burns kilojoules at rest, while fat doesn’t – so building more muscle will combat creeping weight gain.

Avoid too much alcohol

Skip that second wine next weekend, because alcohol doesn’t offer any nutritional benefits and significantly slows down your metabolism. Your body can’t store alcohol, so it metabolises it right away – making it a priority, at the detriment of all other metabolic processes. Having the equivalent of two cocktails can slow down your metabolism by as much as 70 per cent.

What do nutrients do?

Have fun in the sun

Vitamin D is a fat-soluble, hormone-like vitamin, which is essential for preserving muscle tissue – and as we saw above, muscle tissue is key to boosting your metabolism. The best source of Vitamin D is the sun, which is why many people see their metabolism slow down in winter, when sunlight is scarce. If you’re struggling to get enough Vitamin D through natural means, head to your local chemist to grab some supplements.

What is the placebo effect?

Buddy up for the winter

What does coronavirus mean for your gym membership?