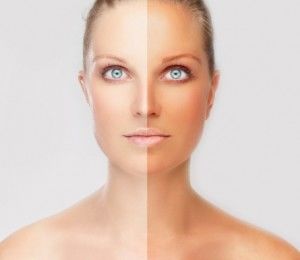 Could you be addicted to a tanned skin? According to research conducted by a leading US researcher and educator, Professor Steve Feldman, the answer is “yes”.

Professor Feldman, a Professor of Dermatology, Pathology and Public Health Sciences at Wake Forest University School of Medicine, North Carolina, has found that people can become physiologically addicted to tanning in much the same way regular drug users become addicted to drugs.

“We used to think people who tanned regularly did so in order to look good, but now we know there’s a much more sinister physiologic compulsion at play that’s identical in its chemistry to what happens in drug addiction,” said Professor Feldman. “In fact, we have shown that when tanning addicts are deprived of the endorphins they get from UV, they typically show narcotic-like withdrawal symptoms including nausea and body tremors.”

Addiction aside, tanning is a lucrative industry. In 2012, IBISWorld highlighted the self-tanning industry as a top-10 fastest growing industry, declaring that the self-tanning product manufacturing industry had experienced average annual revenue growth of 22.7% per year since 2002. As concerns about exposure to UV rays rise though, the production of topical-application lotions and ingestible pills that create the appearance of tanned skin also rise.

What does Cancer Council Australia say?

According to the Cancer Council, people who have a strong desire to change their skin colour would be safer using a fake tanning product in preference to UV radiation. You can read their full Position Statement here. Or of course, you could simply be happy with the “real” colour of your skin…