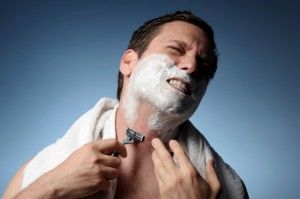 If you’re above the age of say, 15, it’s entirely probable that shaving is a part of your life. But whether you’re shaving your face or your legs, you’ve probably had to deal with razor burn at some point in your life.

Razor burn is the irritation of the skin caused by hasty or improper shaving technique, or poor choice of razor. It generally presents itself as a red, itchy rash, sometimes accompanied by red spots called ‘razor bumps’. For some people it’s a minor inconvenience, but for others it’s a day ruiner.

If you’re one of the many who is frequently affected by razor burn, it’s worth considering the following tips.

If you’re already suffering from razor burn, it’s a good idea to not shave for a few days. Shaving over existing razor burns won’t help it go away, and might even make it worse. Once your skin has recovered, keep the above tips in mind to avoid razor burn in the future.