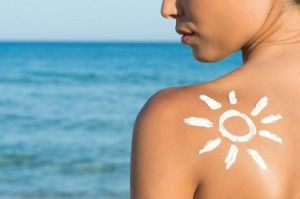 The majority of Australians have regrets about their exposure to the sun and concerns about skin cancer – but still continue to ignore health warnings.

Canstar Blue surveyed almost 2,000 adults and found that two-thirds (66%) wish they had been better protected from the sun when they were younger. For Baby Boomers, that number rose to 75%. But despite that regret, 63% admitted they STILL don’t protect themselves as well as they should.

Young Australians seem to be making the same mistakes as their parents and grandparents, we found. While a greater percentage of older Aussies admit to sun safety mistakes in the past, it’s now young people who are most guilty of ignoring the ‘slip, slop, slap’ message and could live to regret it.

The failure to learn from our mistakes is particularly surprising given that four out of five adults have concerns about skin cancer. Too many people seem to have fallen into the ‘it won’t happen to me’ trap. It’s shocking that so many Aussies are regularly getting sun burnt – despite all the warnings, and their own concerns.

Survey respondents were also asked how often they use sunscreen in summer and winter, with Gen Y the least likely to protect themselves all of the time.

Cancer Council Australia warns that Australians need sun protection whenever the UV index is 3 or above, with those in some parts of the country advised to use sunscreen all year round. But that message is not being followed by everyone. As you would expect, survey respondents in Queensland are most likely to use sun block in winter, but most only do so occasionally or rarely.

The Canstar Blue survey saw 13 different sunscreen brands rated by consumers across a range of research categories, with Australian made SunSense the only brand to achieve a five-star rating for overall customer satisfaction.

Alan Oppenheim, Managing Director of Ego Pharmaceuticals – makers of SunSense – says it’s “concerning” that so many Aussies are still failing to protect themselves from the sun as well as they should.

“It’s been known for some time now that UV is the leading cause of skin cancer and now we also know it’s the biggest contributor to premature skin ageing,” he said. “The UV index is high in parts of Australia even throughout winter, so it is very important to maintain our daily sunscreen habits throughout the year. 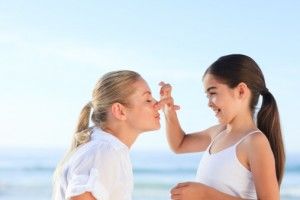 “We have put over 25 years of research and development in to SunSense to ensure we make sunscreen that Australians will love to wear and we’re very proud to see that reflected with our Canstar Blue award.”

Naturally, consumers are most concerned about the effectiveness of sunscreen, but plenty of other factors are also important to us. After effectiveness, texture and consistency was the next biggest driver of customer satisfaction, followed by value for money. As we’ve discovered, some people don’t use it as often as they should, but Aussies know their sunscreen and they know what they like.