It’s official – the internet is now a more reliable source of information than your parents.

Perhaps not, but according to a Canstar Blue survey, Australians are now more likely to go online for advice on how to clean their clothes than they are to ask their mum or dad. And presumably that’s despite their parents actually washing their clothes for a good couple of decades… 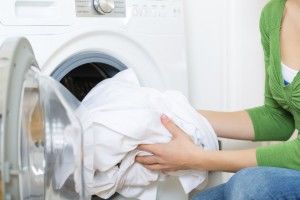 More than 40% of respondents to the Canstar Blue laundry detergent survey said they are turning to their computer, tablet or smartphone for guidance on stain removal, compared to just one in five who give mum or dad a quick call.

In fact, Aussies are even more likely to trust the internet than they are the instructions on the detergent packet itself, as just 28% said that is where they would look for advice – despite the likelihood that the advice found there is spot on.

Meanwhile, one in 10 just give up and take their clothes to the dry cleaner rather than trying to remove stains themselves.

The survey also revealed some dirty secrets, with one in three respondents admitting they would still wear an item of clothing even if it has a visible stain on it, although men (42%) are a lot more likely to do so than women (24%).Around a quarter of people said that doing the laundry was their least favourite household chore.

Both brands will no doubt be pleased to know that more than half of survey respondents said they always buy the same brand of detergent, something of a surprise considering the number of choices on the supermarket shelves – and the inevitable weekly bargains.

Of those who remain loyal to their detergent despite whatever attention-grabbing offers are available, 38% said it was because it’s the cheapest, while 68% said they love the smell. But for 93% the reason is simple – they know it works well. And after all, why fix what isn’t broken? That’s a sentiment mum and dad would probably agree with, if you asked them.