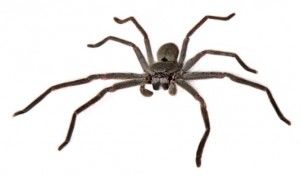 Bug-fearing Aussies are using insecticides preemptively to protect their homes from creepy crawlies – but then feel guilty for killing them.

That’s according to a new Canstar Blue survey on the subject, which also found that spiders and cockroaches make our skin crawl the most.

More than half of those we questioned said they actively try to prevent insect invasions in their home by spraying surfaces and around doors and windows, but one in five said they feel guilty when they see insects dead or suffering. Despite that, we’re more than happy to grab something else to kill bugs with in the event that we don’t have any insecticides.

Our survey, of 1,300 adults who have purchased and used insecticides in the last six months, shows that 88% of respondents believe they generally work well, although 72% admitted they hate the smell of insecticides in their home.

Without insecticides, shoes, newspapers and fly swats are our preferred insect whacking options, although many also choose to use tissues or their hands and feet to squash bugs. Eew!

With the weather heating up, many Aussies are happy to grab whatever they can to see off the bugs lurking around their home, including books and even the vacuum cleaner.

Of course many people have genuine fears of things like spiders and can panic when they seem. Ants and moths also rank highly in our list of bug fears, but 34% said they’re not scared of any creepy crawlies. We believe you! 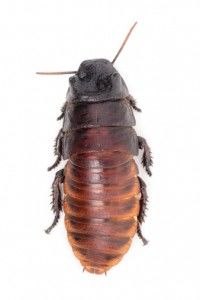 Amy Wakley gets sick at the sight of moths. She told us: “I’m petrified of them. If one gets close to me, I cry and panic.”

And cockroaches scare the life out of Bec Slack, who said: “I’m terrified of anything creepy crawly. When my partner was overseas I slept with every light on because I saw a cockroach and was petrified it would crawl on me during the night. I get sweaty palms and feel ill at the thought of cockroaches.”

Don’t look behind you

Not only do millions of Aussies suffer with genuine bug fears, but many of us have also experienced terrifying up-close-and-personal encounters with them. Who hasn’t jumped out of their skin at the sight of a spider in the bathroom in the middle of the night?

Almost one in three of our survey respondents said they have actually been bitten by a spider, while 43% complained of being constantly bitten by mosquitoes – so it’s no wonder many of us are trying to protect our homes as best as we can.

For those who really struggle when shirt-fronted by a spider, or curl up with dread when confronted by a cockroach, you are not alone. Even some of our most famous celebrities battle their own personal arachnid afflictions. Check out cricket legend Shane Warne’s reaction to a tarantula in this YouTube video!