In the next 20 years, Australia will see the Swedish furniture giant employing the equivalent of a small Swedish town, with the new stores set to create 16,000 new jobs.

IKEA currently owns 10 stores in Australia, but by 2030 the number is expected to increase to 40. And the number could be even greater if other ‘smaller format’ stores are opened inside shopping centres.

The expansion is part of a plan by IKEA’s new boss, Jan Gardberg, who has set his sights on rapid growth in Australia, including selling solar panels.

“We have more than 40 years of home furnishing experience here in Australia and we want to take that and transform that home furnishing knowledge into the virtual and electronic world also,” Mr Gardberg said.

In addition to its existing 10 stores, IKEA has recently rolled out collection points in regional areas and online shopping in Queensland, Northern Territory, Tasmania, Canberra and greater Sydney.

“The old model was always about taking people to the big IKEA centres, but the world’s changed and consumers shop online and as well as stores. Now they are taking the brand of IKEA to the people and they are going to do that by creating different formats, (and) different ways to do business,” said Brian Walker, a representative of the Retail Doctor Group, in an interview with 9 News.

IKEA customers can expect to see fewer human beings at the checkouts in favour of a more “seamless” experience of touchscreens, self-service and online ordering.

“Our focus is on customer fulfilment. We know we have great possibilities to meet the needs of our customers. The technology that we’re looking at is how we can make it as seamless as possible,” said Richard Harries, head of HR for IKEA Australia. “We’re looking at digital screens for the IKEA food business, payment methods – all things to make it a seamless journey.”

What else is new at IKEA?

Whether you already have an IKEA store near you or not, the retail giant continues to come up with new ways to keep consumers interested. IKEA has recently released a ‘flexible furniture’ range for renters, aiming to make the most of minimal space and a life on the move. With more home renters and smaller city living, space is at a premium, so adaptable furniture will be ideal for some.

As part of this growing trend, IKEA’s new range features coffee tables with basket compartments, sofas with storage and racks designed to store other items such as books, magazines or towels. Stackable beds can also be found in the range, converting into double beds or two single beds for sleeping. 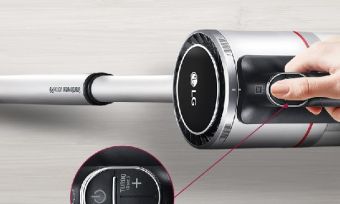