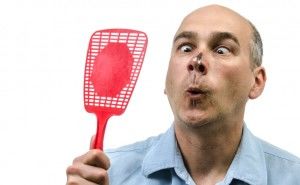 Next time a crawling, scurrying, flying or buzzing insect is annoying you, press the mental pause button before reaching for the fly swat and think about just where that insect may have come from.

A collaboration of more than 100 researchers from 10 countries, under the project name 1KITE, has just announced the results of a scientific study that resolves the history of the evolution of insects and maps a “tree of life”. And while humans have certainly made phenomenal advancements over the millennia, insects have one up on us: many of them learned how to fly.

“Insects are the most species rich organisms on earth. They are of immense ecological, economic and medical importance and affect our daily lives, from pollinating our crops to vectoring diseases,” says Dr. Bernhard Misof, Professor from Research Museum Alexander Koenig – Leibniz Institute for Animal Biodiversity in Bonn, Germany, one of those who led the research effort.

“We can only start to understand the enormous species richness and ecological importance of insects with a reliable reconstruction of how they are related.”

So when did insects first appear? According to the researchers, it was around 480 million years ago – the same time as plants appeared on the scene. A mere 80 million years after that, many insects were airborne. 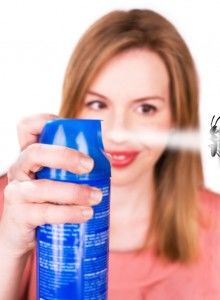 “The closest modern relatives of the first winged insects are dragonflies and mayflies,” says Director of the Australian National Insect Collection at CSIRO, David Yeates. “Large dragonfly relatives with a wingspan of 60-70cm existed not long after insects first developed wings.”

According to Dr. Yeates, the ancestors of many common insects that we know today – such as grasshoppers and cockroaches – arrived on the scene around 350 million years ago. Others, including flies, wasps and beetles, have been around for approximately 200 million years.

Alas for genealogy, only 21% of our recent 1,317 Canstar Blue survey respondents said they feel guilty when they see insects dead or suffering after being sprayed with insecticide. And 56% of adults said they use insecticides preemptively in their home.

It would appear that sometimes a good night’s sleep (sans mosquitos) trumps respect for evolution!