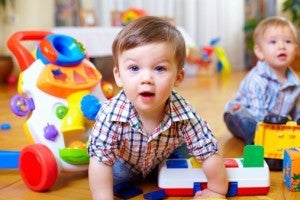 It might seem unlikely, but children and batteries are a dangerous combination and it’s a good idea to know how to react just in case the situation ever presents itself.

If your child does swallow a battery, there is a chance that it will simply pass through their system. However, this doesn’t always happen and batteries can easily get stuck in their system. And if one gets lodged in the oesophagus, things can get very serious, very quickly.

In the case of a lodgement, symptoms can include chest pain, coughing, nausea, fever and abdominal pain. Inside the child’s body, internal bleeding, gastrointestinal inflammation, perforation of the oesophagus, shock and even pneumonia can result from swallowing a battery.

So what is the right thing to do if this happens?

Getting your child to the emergency room is priority number one if they have swallowed a battery. Call an ambulance immediately and don’t try to make them throw up to get it out, because it can increase the risk of internal damage of the oesophagus.

If the emergency services aren’t there as soon as possible, the risk of internal damage increases, as the battery can send small electrical currents through the body.

The best way to avoid this situation in the first place is with prevention – by keeping batteries out of reach of children and making sure they know not to put them in their mouth.

Kids will be kids and they will put things in their mouth for no reason. So it may also be a good idea to keep an eye on any battery operated toys they play with, occasionally checking to make sure the battery compartments aren’t easily opened. This goes for many other battery operated devices, as many compartments can be easily opened. Checking on both the objects and your child is key to making sure nothing has been swallowed.

Ultimately, it would be worthwhile teaching your kids that batteries can be dangerous. It may surprise you that a little knowledge can go a long way.

These are all helpful measures to take, but in the event that a battery is swallowed, do not hesitate to call an ambulance. It is important to act quickly once they have swallowed a battery in order to minimise internal damage.