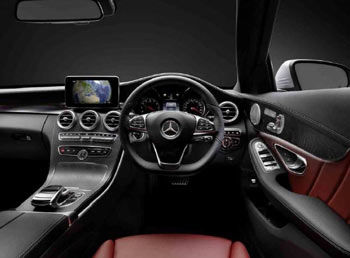 The compact luxury car segment is one of the most hotly contested car brackets in Australia. Manufacturers such as Audi, BMW, Mercedes and Lexus are eager to be the most popular brand out there – and that means constant innovation when it comes to performance, comfort and features.

The Mercedes-Benz C Class is one of the most popular compact luxury cars at the moment, and the German manufacturer is constantly introducing new developments to keep it ahead of the pack.  Their latest feature, one which has already appeared on the higher-end S Class and E Class models, promises to significantly enhance the way driver and passenger interact with compact cars on a daily basis.

The touchpad is an integrated part of the Mercedes C Class’s centre console, and provides an intuitive and efficient method of controlling the car’s multimedia system. It consists of a raised touchpad with three capacitive buttons at its base that allow for ergonomic interaction. The touchpad offers scrolling, selection and multi-touch input just like a smartphone, and it also recognises handwriting to enable you to write messages and enter numbers in a breeze.

These gestures are used to control Mercedes’ proprietary Cockpit Management and Data system (COMAND) system, which combines all of the car’s interior functions into one control system – these include entertainment, navigation, phone calling and internet connectivity.

Touchscreens are an intuitive and universal identical input method, which is usually far superior to any proprietary control system, and by fitting it Mercedes have guaranteed that even the most technophobic buyer will be able to enjoy their new car’s full features.

By fitting the touchpad as standard to all C Class models, Mercedes has taken the hugely popular input system used by all modern smartphones and applied it to a car. They claim the C Class is the first car to be entirely controllable via touchpad input, rather than via buttons or other fixed controls.

The base model C Class has a RRP of $60,900, with the COMAND touchpad and multimedia system available as an extra for $2,990.