Having first been introduced exclusively in luxury cars around ten years ago, radar and camera-based safety systems are now becoming an effective mainstream solution for improving driver safety.

One of the foremost of these is Subaru’s recently-introduced EyeSight system, which is currently available on selected Forester, Outback and Liberty models. What it does when you’re behind the wheel and not at your best, could save your life. 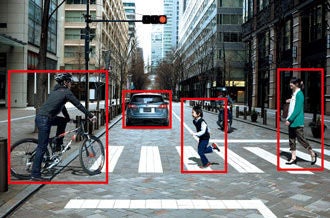 Subaru’s EyeSight technology can recognise potentially dangerous driving situations and alert the driver in time, and even activate the brakes in an emergency. This means driving when you’re tired, stressed or just having trouble concentrating can now be a little safer.

EyeSight consists of two cameras mounted on the front of the car beneath the windscreen which scan the road ahead using object recognition software – the dual cameras allow for depth perception to judge the position and distance of potential hazards. The system activates ten seconds after the car’s engine is started, and is capable of scanning up to 80 metres ahead of the car.

When the cameras detect a potential impact, the system displays a warning for the driver, and then if no action is taken, it activates automatic braking. It can also reduce throttle acceleration to avoid collisions, detect lane swerving and prompt the driver when it detects that traffic in front has begun to move off.

Unlike existing hazard detection systems on cars, which mostly use radar, EyeSight is a visual system that uses cameras and sophisticated software to detect objects. It will spot shapes such as cars, cyclists and pedestrians, and have baked in algorithms on how to proceed. That combined with the multiple functions mentioned above makes it a powerful driver aid in both emergencies and normal driving, and one that we hope will be rolled out to all new Subaru’s in the coming years.