Mobile broadband is a great backup plan if your home internet is way too slow. By putting you on an entirely different network than NBN, ADSL or cable, mobile broadband can be a great way of ensuring that you can get work done and entertain yourself without being potentially weighed down by your fixed line connection.

Lots of brands have jumped on the mobile broadband bandwagon – Telstra, Optus, Vodafone, Southern Phone and OVO each have a range of plans available for customers wanting a portable internet option. If you’re looking to get started with mobile broadband, here’s what Amaysim has to offer.

Mobile broadband is a way of accessing the internet with a data-capped connection, through mobile networks operated by Telstra, Optus and Vodafone, depending on the service provider. Speeds may vary, but for many households, it’s most comparable to NBN Basic 12 speed internet connections. If your home connection is experiencing bandwidth tension – or you need an on-the-go broadband option – it’s worth considering using the internet on a mobile network.

If you’re all business and need a guaranteed internet connection, it’s a great idea to use this either as your main working connection or as a backup. Conveniently, mobile broadband connections aren’t too big in size – usually provided in the form of a SIM card, a dongle, or portable modem – so they can fit in a bag or in the bottom of a drawer quite easily, .

Mobile broadband takes advantage of 4G, and in some places, 5G connections across Australia, depending on the technology you’re using, and on the 5G coverage available from Telstra, Optus and Vodafone.

How much does Amaysim mobile broadband cost?

These plans offer variety in terms of data needs, and would cover a range of different lifestyles and workloads. Typically, if all you’re doing is checking your emails, using instant messaging apps and web surfing, you may find Amaysim’s 7GB and 50GB plans to be a great fit – 7GB if you don’t spend much time online! If you’re doing a lot of video calling, file sharing, downloading or video streaming, consider the 90GB plan, as they’ll be better fitting for your needs.

Amaysim’s plans are contract-free and no nonsense – as all plans are prepaid, you get what you pay for without the fear of overages or bill shock. Powered through the Optus 4G Plus network, these plans are reliable, and their data offerings are well-priced.

Alternatively to Amaysim, there’s plenty of mobile broadband plans on offer. We’ve broken up our summary into plans under 50GB, over 50GB, 100GB plans, and over 100GB plans. You should shop around and make sure you’re getting everything you need from a plan.

How fast is Amaysim mobile broadband?

On the Optus 4G Plus network, you can expect the speed of Amaysim mobile broadband plans to reach as high as 100Mbps, although real-world results may vary. It’s realistic to expect speeds around Basic NBN 12 speeds, but it also depends on the network signal strength in your area and the technology that you’re using.

Although Amaysim operates on Optus’ 4G network, it doesn’t yet have access to Optus 5G. 5G networks have the potential to get as fast as 1Gbps, but Optus’ 5G offered areas are very limited, as it’s still being rolled out across Australia.

Why should I switch to Amaysim mobile broadband?

Mobile broadband would be a great pick for you if you rely on internet connection no matter where you are. The technology on offer is quite portable, and if all else fails it’s powered through a SIM card – meaning you could just insert the card into your phone, and use your plan through a mobile hotspot.

It’s also great if you’re at home and the bandwidth is under a lot of stress. As a backup, it’s a great way to get online and get work done. With plans getting bigger as time goes on, and value getting greater, it’s a great thing to keep in mind. As Amaysim’s plans don’t have lock-in contracts, you can try out a range of options pretty risk-free.

If you’re looking for an alternative or backup to fixed line internet, then keep mobile broadband in mind. Amaysim’s definitely on the value side of this kind of internet connection, so it’s worth keeping an eye on. 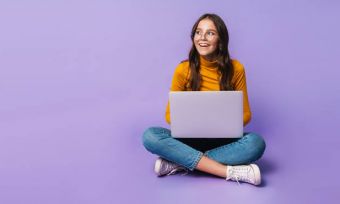 Want a better NBN plan? The top 5 NBN providers to compare before you switch

A guide to internet dongles and pocket Wi-Fi