If you’ve got the National Broadband Network (NBN) coming to your area, or you’ve recently been connected, you might be confused about what all the speeds and jargon means. A report by NBN Co – the company responsible for rolling out the network – has revealed that two-thirds of consumers don’t know how to choose a plan on the NBN based on their own data needs. This article will explain what the most basic speed tier – NBN 12 – means for you, and what you can do with it.

NBN’S Basic Evening Speed – or NBN 12 – is the entry-level speed tier on the National Broadband Network. It is suitable for light users, and smaller households that only need to get the basics done. NBN 12 is similar to speeds experienced on an old ADSL2+ connection, and is suited for activities such as basic web browsing, the odd YouTube video, and email.

Download speeds means traffic coming to your end – be it for videos, downloading emails, browsing and more, whereas uploads mean things you upload to the internet (e.g. photos to Facebook or Instagram, and videos to YouTube). If you’re a heavy streamer, need to work from home, or spend a lot of time online, NBN 12 is unlikely to be fast enough for your needs.

Basic NBN 12 is best for light users and luckily there are some great deals to be found on the Basic NBN speed tier. For light users, there are a fair amount of data-capped plans out there costing under $40 per month. However, unlimited data can be found for not much more – as little as $44.90 a month.

Right now there’s only a handful of providers in Australia offering NBN 12 as an option, with Flip NBN offering the cheapest option.

The following table shows a selection of published Basic Evening Speed (NBN 12) plans with most data available on Canstar Blue’s database, listed in order of standard monthly cost, from the lowest to highest, and then by alphabetical order of provider. Use our comparison tool to see plans from a range of other providers. This is a selection of products with links to a referral partner.

Basic NBN – NBN 12 – is good for lighter users or smaller households. 12Mbps is the equivalent of downloading 1.5 megabytes in a second. There are eight ‘bits’ to a ‘byte’.

Assuming your connection is operating at full-speed, and with no other factors at play, you could download a 3MB song in as little as two seconds. However, in the real world, this is nearly never the case as things like servers, your router, congestion and more can come into play. These factors can severely hamper your maximum speed capacity.

You may have noticed when shopping around for a basic NBN 12 plan that many providers advertise ‘evening speeds’. Evening speeds basically denote typical speeds experienced in busy hours, between 7pm and 11pm – when everyone’s at home from work or school and using the internet. That’s right – other households can affect YOUR internet speed.

Below are some popular NBN providers and their typical advertised evening speeds.

Note that these are advertised speeds only; your own personal experience may differ, especially in the aforementioned peak periods.

If you’re a light user, Basic NBN can be a suitable step if you’re transitioning away from ADSL or another old-hat internet connection. However, determining if it’s right for you can be a whole other kettle of fish entirely. This is why NBN Co has released its own guide, labelled ‘Check Select Connect’.

NBN Co has a three-step campaign in order to get customers on the right plan. It urges customers to:

This campaign basically urges users to stop and think about their needs, especially in peak times. If you’ve got multiple devices connected and streaming in peak times, you may need something faster than Basic NBN 12. However, if you’re in a small household, watch normal TV in peak hours, and only use the internet to check emails and so forth, Basic NBN may be all you need.

Choosing an NBN plan may look like a daunting task, but it doesn’t have to be. Considering your own needs – especially in peak times – is a good first step into finding the right plan for you. The NBN 12 Basic speed tier looks good on paper, but first consider if you can get by with such little bandwidth.

Plans on this speed tier look attractive, but you may find better ‘value’ elsewhere. If you’re a light user or a smaller household, chances are you can, but if you’ve got multiple people using the internet and streaming at once, you may want something with a bit more juice. NBN 25 is the next step up, and beyond that you can get NBN 50 and NBN 100. 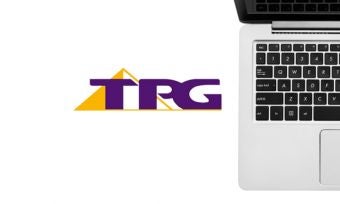