There are a swathe of National Broadband Network (NBN) providers out there all jostling for your money. However, it can be hard to find out who is offering what and at what speed tier. Providers can often muddle up their plans with confusing offerings and configurations. Luckily, relative newcomer Motion NBN has come out with a range of pretty exciting plans that are also easy to follow. In a wild sea full of NBN providers, Motion NBN aims to calm down the motion sickness so read on, instead of grabbing the barf bag.

What does Motion NBN offer?

You can generally expect to pay a little more per month by opting for a monthly contract, instead of being tied down for 24 months. So without further ado let’s see what Motion has to offer.

“Plans” is a bit of an overstatement, as there is only one plan. At this barebones speed you’ll get unlimited data for $59 a month on a monthly plan, so you’re not tied down for a year or more. You can either bring your own modem, or receive a high-speed modem for $208 extra. This plan is equivalent to most ADSL2+ speeds and should be sufficient for email and social media but may struggle under more laborious streaming demands. For a single or couple this may be more than sufficient for your household.

There are two plans in this category – you get unlimited data on both but you’ll pay an extra $4.95 a month opting for the no-contract option. As usual you can BYO modem or have one supplied for a nominal fee. These plans would be suitable for a small to medium household needing that speed boost for their streaming needs. This is where the NBN starts to set itself apart from ADSL2+ speeds and the extra money seems worth it.

This is the speed tier where you’ll probably start to most notice the difference over your old-school ADSL plan. Here Motion offers two plans, and again you are rewarded for committing to two years. You’ll get a $4.01 saving per month should you lock-in for 24 months. Beyond that, both plans have unlimited data and the same modem offers.

This is the speed tier many of us aspire to – the one that NBN Co and the Federal Government promised all those years ago. Luckily, Motion does not jack up the prices too much by opting for this speed tier – for contracted plans you’ll pay a mere $2 extra per month, however opting for a monthly plan accrues a bit of an extra cost. If you are willing to sign up for two years, it really makes sense to choose this speed tier over the 50/20 one as the extra cost is negligible.

How does Motion NBN compare to other providers?

Motion NBN generally compares pretty well against the competition, however it’s somewhat let down by its lengthy plan contracts and increased monthly costs for month to month plans.

This plan is saturated in a sea of competition as most other providers deliver a similar premise for a similar cost – $59 a month seems to be a favourite. There are numerous providers that Motion NBN matches in terms of value, but several slightly beat it. Both Exetel and AusBBS are among some of the cheapest to offer unlimited NBN in Australia, each around the $55 mark. Mate Communicate is also pretty competitive, and with all being on a no-contract basis you are afforded maximum flexibility.

Motion is flat-out one of the cheapest providers to offer unlimited data on this speed tier and leaves most others in the dust. However, you will be tied into a 24 month contract, though you can buy flexibility for an extra $4.95 a month, but this diminishes value somewhat. Motion here competes with AusBBS again, as well as Tangerine and Inspired, but Motion once again seems to lead the way.

Motion is again a contender for value for money in this speed tier, being one of the top-four cheapest to offer unlimited data. However, AusBBS manages to beat it by almost $10 a month, which adds up in the long-term. Activ8Me and Teleron also show their faces, but to get this deal with Motion you’ll again have to commit to two years. Go monthly and you’ll have to cough up nearly $90 a month.

Despite the faster speeds, there is not much of a price difference over the 50/20 NBN plans previously mentioned – evidently providers are trying to entice you to the faster speeds. MyRepublic exists as the cheapest provider to offer unlimited data on top-tier speeds in Australia, and at under $60 a month for its base plan it’s easy to see why. While you will be tied into a contract, this is nothing out of the ordinary as Motion does the same, but both AusBBS and Activ8Me have no contracts for similar prices. To go with no contracts at this speed tier with Motion you’ll have to cough up nearly $100 each month.

Should I cross the ocean to purchase a Motion NBN plan?

It depends on if you’re in a row boat or an aeroplane, but the fact is that Motion is one of the most exciting new NBN providers out there. What’s more is all of its plans have unlimited data and you have the option of a monthly contract, rather than being forced to be tied down into a lengthy one or two year plan. However, you do have to pay for this privilege, whereas other providers seem to not charge any excesses for opting ‘no-contract’.

While Motion finds itself as one of the most competitive providers in the NBN space, it is somewhat let down by its reliance on lengthy contracts. If you’re after flexibility, there are other providers out there worth looking into. However, if you’re willing to settle down for a while, then Motion should be high on your priority list for providers to look into. 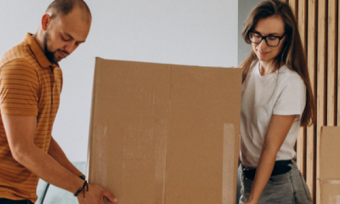