MyNetFone is an Aussie telco that owns and operates the country’s largest VoIP phone network. It also owns and operates several subsidiaries, including Symbio Networks and Callstream, and has branched out from its enterprise roots to offer a range of home broadband plans to residential customers.

MyNetFone offers both ADSL and NBN internet plans, all of which include its VoIP home phone service on a pay as you go (PAYG) basis. For NBN plans, MyNetFone is available on three of the four NBN speed tiers. We’ve delved into MyNetFone’s broadband plans so you can determine which plan best suits your needs.

*Speed tier boost available from an extra $10 a month

There are four ADSL2+ broadband plans on offer from MyNetFone, with the entire range focusing on low-cost, no-frills internet products. Each plan comes with the unusually generous inclusion of unlimited uploads, regardless of download quota, which is good news for those who work from home and often upload large files. Each plan includes line rental, so there’s no stress in having to pay extra for that, and with each plan – except for the 20GB one – you’ll get a free modem included in the pack!

MyNetFone offers three NBN-ready broadband plans for eligible households, each of which provides big download quotas and your choice of three out of a possible four download speed tiers. While NBN Co stipulates that 12/1 speeds aren’t that much better than the old ADSL connections, they represent the cheapest options – generally – if you just want the internet for browsing, some YouTube and checking emails. However, for more intensive streaming for the whole household, it may pay to either jump into either MyNetFone’s Tier 2 or 4 plans.

With these prices in mind, the maximum you can expect to pay would be $99.99 ($69.99 pack + Tier 5 upgrade). Just like the ADSL plans, MyNetFone’s NBN plans are available on monthly, 12 month or 24 month contracts, with corresponding discounts in setup fees. Each also includes a VoIP NBN phone and an NBN-ready Wi-Fi modem.

Beyond just great-value broadband plans, as you might have guessed from the name, MyNetFone also has a few home phone packs on offer. As we mentioned earlier, all home phone plans are through VoIP.

All plans are available on a monthly basis, meaning no lengthy contracts. Beyond the international inclusions listed above, PAYG international rates can be had from 1.9c/minute. This low rate includes many popular nations such as China, Canada, Denmark, the UK, and the US and so on. These plans run off your existing broadband plan, and represent a great option if your current provider isn’t offering a satisfying VoIP plan.

How does MyNetFone compare to other internet providers?

MyNetFone’s focus on value means its products are extremely competitive in the Australian market. The combination of VoIP home phone call packs and competitively priced internet plans makes MyNetFone a pretty hard telco to pass up.

MyNetFone is right on the money in terms of value. For less than $70 per month you’ll get unlimited data on a no contract basis, with VoIP calls included. This is right in line with NBN market leaders such as MyRepublic, iiNet and its subsidiary Internode. MyNetFone seems to be the most attractive here, even though MyRepublic is $10 cheaper. This is because it comes with no contract. It’s also reasonable when it comes to set-up fees.

MyNetFone is also very competitive in terms of NBN plans, with home phone packs attached. In this entry-level speed tier, MyNetFone is among the cheapest providers. It competes primarily with SpinTel, Inspired Broadband and TPG. All include some form of home phone line rental with varying degrees of calling inclusions. MyNetFone seems to lead the way though, however you will pay a hefty set-up fee by opting for no contract, but the same can be said for all the providers here.

In the first ‘superfast’ speed tier off the rank, MyNetFone again competes very well with its unlimited plan for less than $70 a month. You’ll see your usual familiar faces like TPG and Inspired, but Tangerine Telecom also comes into the fray with local and national calls included in its plan.

Skipping right along to the top tier, MyNetFone breezes past the 50/20 tier and goes straight to the top for maximum speeds. Here it meets a couple of its old foes fighting for customers’ dollars. MyRepublic offers the cheapest plan of the lot, but it only includes PAYG calls and you will be tied into a contract. MyNetFone is a fair bit dearer per month but you do get an enticing call pack. It’s also cheaper by the month against iiNet and Internode. Again, keep an eye out for lengthy contracts and hefty set-up fees because these could make or break a plan.

Overall, MyNetFone offers a range of ADSL and NBN plans which are among the best value products on the market. Its simple combination of big download quotas, PAYG and packaged VoIP phone packs and a lack of costly extras or ancillary fees, makes its products cheap and likely very attractive to a wide range of Aussie customers.

Many of us still like a home phone line connection, and MyNetFone’s VoIP packages in combination with its broadband plans make it tough to beat in the bundled sphere. However, it’s not exactly a slouch in the standalone broadband sphere either. While there are a few other providers offering cheaper plans by the month, you’ll have to keep an eye out on lengthy contracts as well as hefty set-up fee that can definitely put a dent in the value of a plan. Make sure you read the small print! 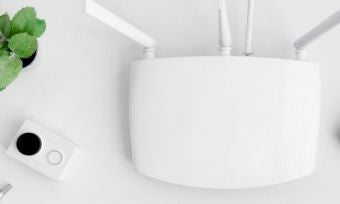 Do I need a modem for the NBN?