Advertisement
Advertisement
Australian internet users have never had it so good, with increased competition resulting in greater data allowance and cheaper plans, according to the industry watchdog.

The Australian Competition and Consumer Commission (ACCC) has published its annual reports on the telecommunications sector and says that consumers are the big winners, with service providers forced to improve plan inclusions for both fixed line and mobile users in light of growing data demand, and to offer better value than their rivals.

“Consumers are reaping the benefits of competition in the form of increased data allowances, new services, and lower prices,” ACCC Chairman Rod Sims said. “Consistent with the trend in recent years, consumer demand for data is continuing to increase and is affecting both fixed and mobile networks.

“The increase in demand for data is largely due to the popularity of audio-visual streaming services, including the introduction of subscription video on demand services such as Netflix, Presto and Stan.”

“Industry members have responded to the increase in demand by investing in their fixed and mobile networks to make sure that they have sufficient capacity to meet the data traffic,” Mr Sims added.

What does this mean for you? Well, as consumer demand for data continues to grow, service providers are responding by increasing the data limits of their plans. During 2014-15, data allowances increased by over 70 per cent for DSL internet services and more than doubled for post-paid mobile services. At the same time, overall prices fell by 0.5 per cent in real terms in 2014-15.

The ACCC reports that “a number of important mergers and new alliances occurred in the past year, including TPG’s acquisition of iiNet and NBN Co’s acquisition of Optus’ hybrid fibre coaxial (HFC) network”.

The recent industry consolidation may reflect a desire to grow not only in response to increasing data traffic, but also to the growing presence of the National Broadband Network (NBN). The rollout of the NBN is one of the most significant features of the telecommunications market with nearly 700,000 active services in 2014–15. The scale and complexity of the multi-technology mix NBN and its implications for competition and consumers continues to be a major area of ACCC interest.

Is NBN worth the money?

“The communications sector faces a number of challenges in the transition to the NBN and as network operators manage increasing data traffic. We will continue to watch these developments closely and work to ensure that consumers continue to benefit from competition,” Mr Sims said. 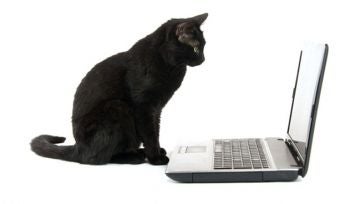