With the NBN rollout edging closer to completion, competition is heating up between providers. We’ve covered Flip’s unbeatable NBN 12 deal — but if you’re on the hunt for a fast, affordable plan for the whole family, Internode’s new promo offers some serious savings.

Starting today (6 September, 2019), Internode is launching a special introductory price for its popular NBN 50 Gold Unlimited plan. Normally $79.99 per month, this plan is now cut to just $59.99 per month for your first six months — saving you $20 per month and $120 in total over six months.

The plan includes unlimited data each month, plus pay-as-you-go phone calls and the option to add Fetch TV to your account. Fetch is included free with your service, but will require an additional setup fee of $59.99 upfront.

Internode’s Gold Unlimited plan is offered on the NBN 50 speed tier, also known as Standard Plus Evening Speed. Internode lists a typical evening speed of 44.4Mbps between 7pm – 11pm, making this plan an ideal choice for families, people who enjoy high-definition video streaming, and anyone who wants to maintain fast speeds even in peak traffic hours.

If you do want to lock down that $20 monthly discount, there’s a small catch: Internode’s offer is only available to new customers who are happy to commit to a six-month contract. After six months, you can remain with Internode on a new contract term (and pay $79.99 per month for your Gold plan ongoing), decide to switch plans, or cancel your service completely.

If six months seems unusually short for Internode, it’s because the telco – along with sister company iiNet, both now owned by TPG – has now scrapped 24-month contracts on all fibre NBN plans. New Internode customers now have the option to go month-to-month and contract-free, or sign up for a six-month term.

Both options are free from setup costs, unless you’d like to purchase a pre-configured modem. Month-to-month customers will pay $99.95 upfront for their modem (plus $15 delivery), but six-month subscribers will receive a discounted modem price of $59.95  plus delivery. Fetch TV isn’t included on month-to-month plans, but can be added for $59.99 upfront, plus $5 per month.

How does Internode compare?

Tangerine’s NBN 50 offer undercuts Internode by five cents per month during the promo period, and a full $10 per month thereafter. It’s also offered on a month-to-month basis with no sign-up costs (besides an optional modem from $89.90). You’ll also get a 14-day risk free trial to test out Tangerine’s speeds and service.

If you’re unsure which NBN 50 offer is right for you, we’ve compiled some of the cheapest available plans below. The following table shows a selection of published unlimited data Standard Plus Evening Speed (NBN 50) plans on Canstar Blue’s database, listed in order of lowest monthly cost to highest, then by alphabetical order of providers. Use our comparison tool to see all plans available on Canstar Blue’s database. These are products with links to referral partners. 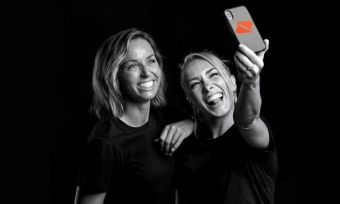