The Australian Competition and Consumer Commission (ACCC) handed down the fine totalling $25,200 on Monday, stating that the Singaporean-owned telco misled consumers about the speeds they could experience on the National Broadband Network (NBN).

Between December 2017 and April 2018, MyRepublic marketed its NBN services using statements such as ‘up to NBN100 speed tier’ and ‘NBN 50 speed tier’ on its website.

“We were concerned that MyRepublic’s use of the NBN speed tiers misled consumers to believe they would get broadband speeds of, or close to, 100Mbps and 50Mbps during all or almost all of the time, when that wasn’t the case,” ACCC Commissioner Sarah Court said.

The ACCC also found that the MyRepublic website contained fine print disclaimers that were ineffective as they were not prominent and did not provide clear information.

“NBN speed tiers indicate the maximum performance of a broadband service but a number of factors, including congestion during busy periods, affects the actual speeds consumers will experience,” added Ms Court.

“When choosing between broadband services, consumers need accurate information about the performance they should expect, particularly during busy periods. We’ve been very clear with broadband providers about this and reference to the NBN speed tiers alone is not sufficient.”

MyRepublic now more prominently displays a ‘speeds will vary’ label when advertising its two speed tiers on its website.

The action against MyRepublic comes after Telstra, Optus, iiNet and TPG all faced similar fines after making allegedly misleading NBN speed claims. These four have since changed the way they describe speeds on their websites.

This forms part of the ACCC’s ‘Broadband Speed Claims Industry Guidance’ program launched in August 2017. It was designed to improve the information and support available to broadband consumers and also promote competition among broadband providers.

How satisfied are customers with their NBN speeds?

Despite a lot of negative talk in the media surrounding the NBN, research suggests that most consumers generally looking forward to the NBN coming to their home.

In March 2018, Canstar Blue found that 68 per cent of NBN customers switched straight away when the new high-speed internet network was rolled out in their area. Nearly three quarters upgraded their plan to what they thought was a faster one.

On the contrary, about one in five are considering ditching the NBN entirely for an alternate service, such as home wireless, 4G mobile broadband or an alternative private network, the survey found. 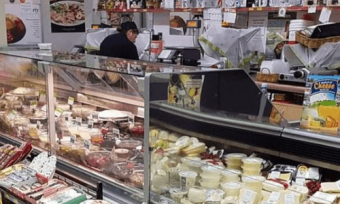