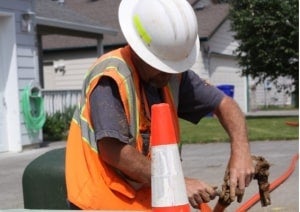 The latest annual report by the Telecommunications Industry Ombudsman (TIO) has revealed an interesting trend in the complaints it has received over the last year. While complaints across the board fell, the number that related directly to the National Broadband Network (NBN) skyrocketed by a whopping 70%.

The TIO says most of the 6,715 NBN complaints were the result of missed installation appointments or unexpected complications in connecting a home to the network.

The Federal Government’s new broadband initiative accounted for nearly half of all complaints about missed appointments and nearly a third of complaints about a delayed internet connection.

The Ombudsman’s overall report shows that the total number of complaints – covering internet, landlines and mobile phones – has fallen for the fourth year in a row, dropping 12.4% to around 124,000.

Given the expansion of the NBN, an increase in the number of complaints was perhaps expected. So what is the latest with the much-acclaimed network?

The rollout of the NBN has been continuing in earnest over the past 12 months, benefiting from an unchanged Government and thus an unchanged rollout plan. At the time of writing, NBN Co stated it has over 1.2 million premises ready for service, more than twice the 550,000 premises connected in June 2014.

The Government-owned company also signed major contracts with service providers Telstra and Optus in the past year, further enabling the widespread sale of NBN broadband plans to the Australian public. Final approval was granted in June for NBN Co to progressively take ownership of Telstra’s HFC cable network, facilitating a faster rollout for a greater number of customers.

The company plans to extend the NBN to roughly a third of the country by September 2016 – a goal which the inclusion of HFC connections will greatly aid (find out more about the different network technologies here).
The goal of the NBN is to provide fast, reliable broadband to the vast majority of Australians, but it seems that for early adopters the increased speeds aren’t coming cheap.

According to our research back in March, Aussie households who have signed up for an NBN plan are paying an average of 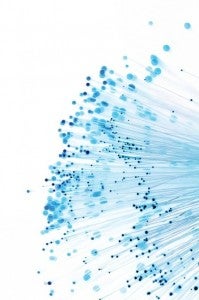 just under $85 each month, compared to the average broadband spend of just over $69 per month. It’s clear that the NBN is still a premium service though and it’s reasonable to assume that most early adopters are choosing faster, more expensive plans.

In short, it seems the NBN rollout is accelerating and connecting Australians in greater numbers. This is great news for households and businesses, although the debate continues as to whether the current Government’s multi-technology approach is cost-effective or sufficient to prepare Australia for the future.

Labor communications spokesman Jason Clare recently said, in no uncertain terms, that Labor would return the NBN to being fully fibre-to-the-premises (FTTP) if elected next year. Should this happen, it would mean more big changes for the NBN rollout.

Windows 10: What you need to know

What are internet contention ratios?