The arrival of Netflix and other online streaming services has made Australians less likely to illegally download movies and TV shows, according to new research.
A survey by Choice has found that Aussies are abandoning piracy and embracing new legal streaming services such as Netflix, Stan and Presto, which provide access to “timely and affordable” content.

It comes as talks around the industry’s internet filter have stalled as Foxtel and ISPs struggle to agree on who will foot the bill for punishing consumers, Choice says.

“The fact is the number of people regularly pirating in Australia has dropped by a quarter since Netflix launched,” said Campaigns Manager, Erin Turner. “This proves once again that making content affordable and easily available is the first and most effective tactic to reduce piracy – not a draconian internet filter and notice scheme.

Netflix versus Foxtel: An Australian comparison

“As a nation we are keen to pay for legal content. Our research found the number of people using legal subscription and pay-per-view services has jumped from 46% to 59% in the last six months. The increase is directly related to the launch of Netflix in Australia and the emergence of a local streaming industry.”

A Canstar Blue study found that the majority of Aussies are still not willing to pay for TV content, with free-to-air television still popular. However, the increased quality of streaming services looks set to change that, with young people more inclined to pay a small amount.

The Choice research shows the number of people who pirate film or TV at least monthly has decreased by a quarter since its survey was last conducted in November 2014, moving from 23% in 2014 to 17%. Overall, rates of piracy have also reduced, from 33% to 30%. 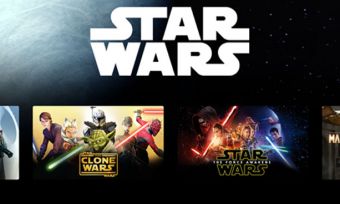 Disney+ is already up to 50 million subscribers

All you need to know about Zoom this Easter

What is the NBN Technology Choice Program?