Optus has announced a huge partnership with Australian esports team The Chiefs that will see the telco represented in the highly-competitive online gaming space. The Chiefs will be training their players using Optus NBN plans for the duration of the partnership – whether that partnership translates into wins or not, we’ll soon see.

“We’re excited to be adding The Chiefs to our esport sponsorship portfolio,” Optus’ Head of Marketing Mel Hopkins said.

“As a major partner to The Chiefs, we will be working to expand our offering to Australian gamers and the team will play an instrumental part in our strategy moving forward.”

What does this partnership mean?

Over the next 12 months, Optus will be sponsoring The Chiefs esports teams during their competitive gaming matches. When The Chiefs players are training with each other and streaming, they’ll be using Optus NBN plans. In return, The Chiefs will also be helping Optus out with what Optus calls “exciting new gaming-specific products and services in the future”, which could mean Optus is about to unveil some services directed at gamers.

Optus is one of the better providers to couple with for a partnership like this. Back in May, the ACCC’s latest Measuring Broadband report ranked Optus as number one for typical evening download speeds, ahead of competitors including Telstra, TPG, and iiNet. All things considered, if you’re after a reliable internet speed, you can do a lot worse than Optus.

The Chiefs are a well respected Australian esports team across several different games. They play Counter Strike: Global Offensive, League of Legends and Call of Duty competitively, having competed in four continents across 17 championships. Over the five years that The Chiefs have been operating, they’ve won thousands of dollars in prize money, and become a team to be reckoned with across several games. They also stream on Twitch.tv, which you can watch here. 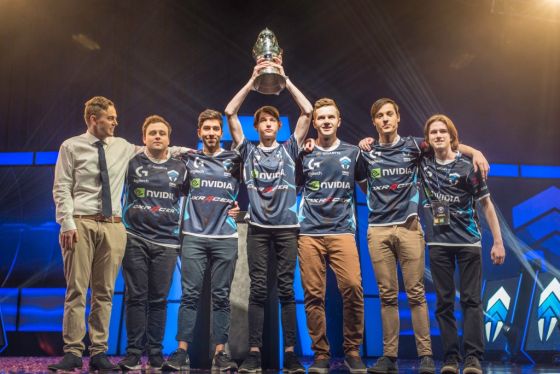 Should I get Optus NBN?

Optus NBN has a lot to offer, especially if you’re after a high-speed internet connection. Currently ranked by the ACCC as the fastest provider on average during the peak hours of 7pm and 11pm, Optus is worth keeping an eye on if you want a fast connection.

With an Optus NBN connection, prices begin at $75 per month for unlimited data at NBN 50 speeds. Plans are available month-to-month, but incur a $99 start-up cost and a $252 modem fee; stay connected for 36 months, however, and you won’t pay for the modem.

Optus NBN-ready modems also come with a 4G backup, which is great in case your local NBN connection goes down and you need to get online. Optus Sport is also included in your plan, and you can add-on a Fetch TV device if you’re big on streaming. Phone line services are also available.

The following table shows a selection of published unlimited Optus NBN plans on Canstar Blue’s database, listed in order of standard monthly cost, from the lowest to highest. Use our comparison tool to see plans from a range of other providers. This is a selection of products with links to a referral partner.

Optus doesn’t currently offer internet plans directed at gamers, but if you’d like to see how Optus stacks up against similar providers, we’ve compiled several gaming-ready plans below.

The following table shows a selection of published gaming-ready NBN plans from MyRepublic and Aussie Broadband on Canstar Blue’s database, listed in order of monthly cost, from the lowest to highest, and then by alphabetical order of provider. Use our comparison tool to see plans from a range of other providers. This is a selection of products with links to a referral partner.