They say summer is the time for beach holidays and copious amounts of outdoor activities, and while this is true, sometimes you just need a quick getaway (to the couch). Luckily Stan has got you covered this holiday season, with heaps of new releases throughout the month of December. Whether you’re into drag queens, secret agents, wolves or space, Stan is delivering the goods – its Christmas presents to you!

New to Stan: Our Top Picks

Our two favourite broads are back and ready to take on the patriarchy for another wild time as season 4 premiers on December 7! Cult comedy series Broad City follows the lives of two best friends, Abbi and Ilana (played by the show’s creators Abbi Jacobson and Ilana Glazer) as they attempt (emphasis on attempt) to navigate their unpredictable 20’s in New York City. Unlike the previous three seasons which have taken place during pleasant summers, season 4 sees a bleak and harsh winter to coincide with Trump’s presidency (the show even censors his name every time it’s mentioned as if it’s a swear word). Despite this, the Amy Poehler-produced comedy promises to the wildest and most hilarious yet, with workout sessions with Shania Twain to retirement home adventures in Florida. Will these girls ever grow up? Do we even want them to?

Hold onto your wigs, because they’re about to get snatched! The ever-growing popularity of RuPaul’s Drag Race (drag queens competing against each other in a series of challenges and lip syncs) is proven once again as the Queen of all drag queens, RuPaul, announces a one-off holiday special in the spirit of Christmas to premiere on December 8. RuPual’s Drag Race Holi-slay Spectacular features eight of the most loved past queens across drag race herstory competing for the most important title yet – America’s first Drag Race Christmas Queen. We welcome back Season 10 finalist Eureka O’Hara, Mayhem Miller, season 7 complicated freak Jasmine Masters, Season 4 All-Stars competitor Latrice Royale, All Stars 3 finalist and A Star is Born actress Shangela, Kim Chi and winner of All Stars 3 Trixie Mattell. The special serves as an appetiser to the main event, the upcoming and highly anticipated RuPual’s Drag Race All Stars 4, which premiers to Stan on December 14.

You heard that right – Stan is releasing every James Bond movie ever created in 4k resolution. If you aren’t familiar with the series, it wouldn’t be rude to assume you have been living under a rock. The series focuses on the British secret service agent James Bond (who also responds to 007) as he tackles bad guys, saves the world and gets the girl. From Sean Connery’s 1962 Dr. No that launched the franchise to Daniel Craig’s 2015 Spectre and everything in between, it’ll take you a while to burn through all 25 movies – 2 days, 4 hours and 56 minutes to be exact. If our maths is correct, that’s a sweet 28 hours and 56 minutes, or 1680 minutes. Is Stan trying to keep us inside? We’ll cop it.

Man in an Orange Suit

This two-part mini-series flew over our heads when it first premiered on BBC in 2017, but it shouldn’t have. The show tells two forbidden love stories linked by one lady – one in the 1940’s and one in present day. Flora and Michael are to be married when Michael meets fellow soldier Thomas in war. The two men begin a secret romantic relationship, which results in uproar and jail time when both Flora and the police find out. Flashing forward, we see the same Flora struggling to come to terms with her grandson’s sexuality and how he too, attempts to hide despite living in a modernised era. Get the tissues ready.

It would be wrong not to include the award-winning, critically acclaimed and all-around success that is The Handmaid’s Tale. The show is based on Margaret Atwood’s 1985 novel of the same name, which she claims was inspired by real-life social and political events of the early 1980s. The show is set in a dystopian future following a second American Civil War, whereby a totalitarian society has taken over and women are forced into reproductive slavery for elite couples who cannot conceive.  The women, who are the few remaining fertile, wear a ‘uniform’ and are labelled handmaids. The show is seen through the eyes of handmaid Offred, who struggles to survive in this new world as a surrogate for a powerful commander. Just a warning – once you start watching, you aren’t going to be able to stop.

We leave behind movies and television and we delve into documentaries available on Stan – this one being particularly impactful. Human Flow is a 2017 documentary which addresses the scale of the world’s refugee crisis, created and shot by exiled Chinese artist and filmmaker Ai Weiwei. Not since the Second World War have we seen so many people fleeing their homes and their countries, with 65 million people forced to run to escape war, famine and other harrowing troubles. Human Flow brings to light such trauma through personal footage and interviews with refugees and experts, filmed initially with WeiWei’s iPhone. The deeply touching documentary visits 23 countries and 40 refugee camps over the course of a year, and will leave you baffled by the power of personal human impact. 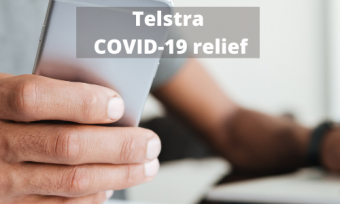