For Aussie cricket fans, 2019 is going to be a defining year. Steve Smith looks set to return to lead the charge in the northern hemisphere as Australia takes on England and the rest of the world in the ICC Cricket World Cup, before both the Australian men and women’s teams face the old enemy again in the latest installment of The Ashes. Then later in the year, the action returns Down Under for the Australian summer of cricket. But how are you going to watch it all? Canstar Blue explains your options.

How to watch the Cricket World Cup in Australia?

The Holy Grail of ODIs, the ICC Cricket World Cup is back in 2019, with Australia looking to defend its title against stiff competition. Coming around every four years, the World Cup will this year be hosted in England and Wales. To catch the action, you’ll have the choice between Kayo, Foxtel and Channel Nine.

With live coverage and on-demand replays available for every match of the World Cup, you can tune into Kayo regardless of who you support. With the full coverage, you’ll be able to watch every delivery, shot and catch to keep you going until the next World Cup.

Similar to Kayo, Foxtel will also offer full coverage – live and replays – of the ICC Cricket World Cup, with every game available for viewing. Foxtel coverage additionally offers commentary and analysis while the tournament progresses, meaning you can get the lowdown before the next game is played.

For those only interested in catching the Aussies in action (as well as the finals), Channel Nine has got the free-to-air rights for all Australian games for the Cricket World Cup. Coverage will depend on your local TV station, so be sure to check your TV guide.

How to watch the 2019 Ashes in Australia? 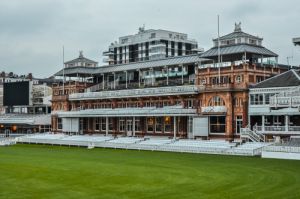 A date that is regularly circled on every cricket fan’s calendar, The Ashes is a competition steeped in history between England and Australia. With Australia currently holding the Ashes, the Aussie team will head to England to defend its title, with the first test to be played on August 1 in Birmingham. As yet, no broadcast details are available for the Women’s Ashes series, with Cricket Australia expected to confirm arrangements in the coming months.

The Ashes on Nine

The home of Ashes coverage over the past few decades, Channel Nine has kept the free-to-air rights for the five test matches of 2019 Ashes, despite the majority of the Australian summer of cricket moving to Channel Seven. But of course, you’ll have to stay up through the night to see all the action live – and put up with the ads! If you can’t make it to the TV in time to catch the first ball of the day, Nine also offer streaming coverage and daily highlights via the 9Now app and website. Simply sign up to a free account, and jump straight into the Ashes.

The Ashes on ABC Radio

If you can’t make it to the TV, ABC Radio will broadcast a play-by-play of The Ashes series, making it a handy option for those who are on the road when the first ball is bowled, or those who have spotty TV reception. 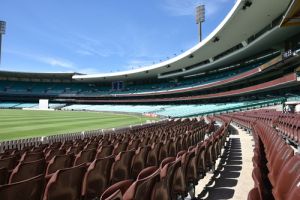 Offering plenty of domestic and international cricket action, Kayo delivers live and on-demand coverage to keep you entertained from the very first to the last ball of the innings. Including the Sheffield Shield, Women’s CommBank Series and Indian Premier League, Kayo is a handy option for both the part-time watcher, or those that keep their eye on every delivery.

Kayo also covers a range of Test, ODI and T20 matches throughout the year, meaning you can watch and cheer on your favourite team, regardless of what format of the game you enjoy watching most.

Offering coverage of a number of games and series, Foxtel has you covered when looking to tune into a live game, or watch in your own time. Including coverage of every Australian Test, ODI and T20 match, Foxtel also broadcasts the Big Bash League for those looking for those big hits, with coverage available via Foxtel Now or the Foxtel App.

A free-to-air option, Channel Seven offers both Test matches and T20 matches for viewers, making it a handy option for those who enjoy the original long-form of the game, or the shorter version. Including the men’s Test matches, along with women’s internationals and the WBBL, fans can catch the action live via Channel Seven or on-demand through 7plus.