The National Broadband Network (NBN) has begun its (beleaguered) rollout across Australia, and now more and more premises are gaining access to high-speed fibre internet connections. This new technology has prompted internet providers to begin offering broadband plans unique to the NBN, but there are still several things you’ll need to consider before buying yourself a ticket to high-speed internet heaven. So, what does an NBN internet plan entail? 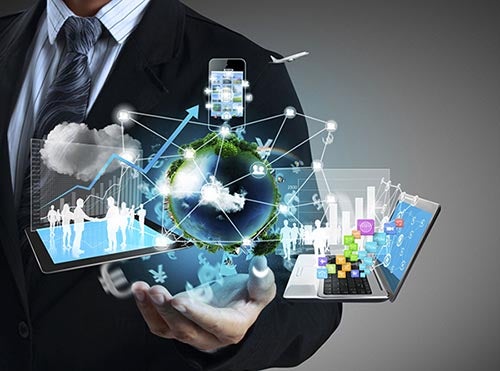 The NBN involves bringing high-speed internet access to the vast majority of Australians. The original proposal was for the entire network to be made of fibre-optic cable and extended directly to buildings, a plan known as fibre-to-the-premises (FTTP).

Though this proposal has now been modified to use a mixture of new and existing technology, areas in which the NBN has already been rolled out have FTTP connections. The Sydney Morning Herald has reported that fibre connections are capable of typical download speeds of 100 megabits per second (Mbps), which is many times faster than the current average speed in Australia of 5.8Mbps, as well as the average peak speed of 35.2Mbps.

This increase in speed allows not just for faster web browsing on your laptop, but a whole host of activities that are otherwise impossible, including things such as HD video conference calls; fast sharing of very large files, such as CAD models, over long distances; lag-free video streaming at the highest resolutions, and much more. The NBN is poised to offer a whole new range of opportunities to Australia, so how do you take advantage of it?

First and foremost: Does your area have NBN access?

If the NBN rollout hasn’t yet come to your suburb, there’s no point looking for an NBN broadband plan – you won’t be able to access it! To see whether or not you have access yet (or will in the near future), check your address on the NBN Co website. If you find that work hasn’t yet begun on wiring your area with the NBN, don’t despair; NBN Co plans to connect 93% of Australian premises to the NBN by 2021.

What different service tiers are on offer?

There are four speed tiers to choose from with the NBN: 12Mbps download/1Mbps upload (usually expressed as 12/1Mbps), 25/5Mbps, 50/10Mbps or 100/40Mbps. These tiers are enforced by NBN Co, meaning they are the same no matter which provider you choose (though not all providers offer every possible speed).

The plan you choose should be based on your internet usage habits – if you only tend to browse the internet and check your emails, a cheaper, low-speed plan is probably right for you. On the other hand, if you’re someone who loves streaming entertainment, playing online games or who needs to share a lot of large files, opting for a high-speed plan is definitely the way to go.

What plans are currently on offer?

Whilst the speed tiers of the NBN are fixed regardless of your provider, the data allowances and bundled extras in each plan can vary widely. We’ve compiled a few examples on the market to give you an idea of current NBN deal…

Telstra’s straight broadband plans consist of data allowances of 50GB, 200GB and 500GB, which are priced at $73, $93 and $113 per month respectively. Telstra’s standard speeds are 25Mbps download and 5Mbps upload and this can be upgraded to 100/40Mbps for an extra $20 a month. Telstra also offers a variety of home phone and entertainment bundles at different price points.

Optus offers three NBN data plans on 24-month contracts: one with 50GB for $70 per month, 200GB and $90 or unlimited data for $115 per month, all of which are also available as month-to-month plans for an extra $10 a month. All three plans come with basic NBN speeds of 12/1Mbps, which can be upgraded to one of the three higher speeds for an extra $5-$20 per month depending on which tier you choose.

TPG also offers three plans, all of which are on a month-to-month basis, but with a different model to other providers – all of its plans offer unlimited NBN data, with the differences in price to home phone line inclusions. The basic $60 per month plan is a Pay As You Go phone setup, the $70 plan upgrades this to unlimited local and standard national calls, and the $80 plan adds unlimited Australian mobile calls as well as unlimited international calls to selected countries. The aforementioned plans come with the standard 12/1Mbps data speeds, and can be upgraded to the highest 100/40Mbps speed for an extra $30 per month.