Australia’s consumer watchdog has urged motorists to use price comparison apps and websites to get the best deals on fuel, with prices in some areas reaching record highs.

The Australian Competition and Consumer Commission (ACCC) has released its quarterly petrol report of the March quarter, showing that prices in some cities have reached four-year highs, with concerns about global crude oil levels to blame.

“Consumers have recently been paying around $1.60 for petrol. These prices are higher than any time since mid-2014 in some cities,” ACCC Chairman Rod Sims said.

“Unfortunately, the international factors pushing up wholesale petrol prices mean that these higher prices are being passed on to Australian motorists at the petrol bowser.”

The ACCC noted that several fuel price-watch apps and websites have seen a dramatic spike in visits since prices started peaking.

In March, 7-Eleven announced that more than one million people had downloaded its fuel app since its launch in 2016. The company estimates that the app has saved consumers over $4.5 million.

“The fuel app provides consumers with near to real time data on what our fuel prices are in the area they are in. More than 16 million best local price searches have been completed, empowering consumers to make informed choices about buying fuel,” said Paul Wallace, 7-Eleven’s Digital Manager.

The Western Australian Government announced that in December 2017 its FuelWatch website reached a record of over one million hits.

This was the highest number of users to the site since its launch in January 2001. 17 years ago, the average fuel price in Perth was 88.4c a litre.

“With prices reaching four-year highs, it’s more important than ever that consumers who can, take advantage of the fuel websites and apps freely available to find the cheapest petrol prices in their area,” Mr Sims said.

“For example, yesterday lunchtime, the available fuel websites and apps indicated that the range between the highest and lowest priced sites was over 20 cents per litre (cpl) in Sydney and Adelaide, around 15 cpl in Brisbane and Perth and around 10 cpl in Melbourne.”

“While consumers cannot do much about rising international prices, they can shop around to find their lowest local price. Our first industry report showed that retailers’ prices are not the same—retailers do price differently and have different strategies to get you to fill up with them.”

The ACCC found that Brisbane had the highest fuel prices of the five largest cities in the March quarter. The average retail price in Brisbane was 138.2 cpl, which was 3.4 cpl higher than the average across the other four largest cities.

It’s not only the everyday motorist that is feeling the pinch of fuel prices. Small businesses and those who hold fuel cards are also noticing a hit to the budget.

Canstar Blue research indicates that 73 per cent of fuel card holders said that the cost of fuel is a major concern to their business. Nearly a third also said they are in debt to a fuel company.

More broadly, Canstar Blue research also indicates that 68 per cent of consumers act on the findings of their fuel savings apps. Motorists spend an average of $140 per month on fuel, with those in New South Wales reporting the highest costs at $146.

55 per cent of survey respondents reported that the cost of fuel is a major strain on their household budget. 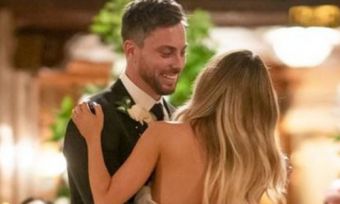