Food delivery service Uber Eats could soon find itself in hot water with the consumer watchdog over its treatment of restaurant partners, delivery drivers and paying customers.

The chairman of the Australian Competition and Consumer Commission (ACCC) has revealed that he is open to investigating Uber Eats and potentially other food delivery companies like it.

The announcement was made in light of recent complaints from restaurateurs about the practices of Uber Eats and other food delivery platforms.

Complaints surround the 35 per cent cut that Uber Eats takes from each meal transaction, as well as the responsibility to shoulder some refund costs should a paying customer complain.

“The restaurant could give a piping hot pizza to the Uber driver, but by the time it (the pizza) gets to the consumer, because of the route the driver takes – or the number of deliveries he takes along the way – it could be stone cold (by the time it reaches the consumer),” Mr Robertson said.

Similarly, ACCC chairman Rod Sims told the program that it is a fairly complex issue, but one that the watchdog is looking into.

“We have three bits of the law we can deal with here,” Mr Sims said. “One is business-to business – are they misleading the people they’re dealing with?

“Two is, are they engaged in unconscionable conduct, putting all the conduct together? And thirdly, are the terms with which they work unfair? So, there’s a lot to look at there.”

Uber Eats does not technically employ drivers – instead they are used as contractors and Uber Eats is a ‘technology company’ under its terms and conditions, bearing no responsibility like a normal employer would.

Sydney burger chef Josh Arthurs recently told news.com.au that he was severing ties with the “truly evil company” after his Burgers by Josh chain saw its average review score plummet as a result of unhappy Uber Eats customers.

Mr Arthurs slammed the contract conditions under which restaurants cover 50 per cent of any refunds, even if the driver is at fault for cold or spoiled food. He said the drivers were untrained in food handling and customer service and “any Joe off the street can join”.

The ACCC will reportedly investigate any conduct that is ‘harsh or oppressive’ and would have to determine if the conduct is ‘unconscionable’ before taking any action.

Uber Eats spokespeople have responded to the comments from Mr Sims, saying that with the scale of operations, mistakes can occur, and that the company will cooperate with any ACCC investigation.

My TV story is airing on ABC’s Close of Business in a few mins. #Uber says it’s a #tech company, which doesn’t do “logistics or delivery” — even thru its #UberEATS app. Lawyers say restaurateurs have signed contracts w/ Uber, with many unfair terms.https://t.co/jgOxnKsP9l

It takes three to tango with Uber Eats

As Uber Eats claims to be a technology company, it technically isn’t an employer of drivers, which can also have a flow-on effect to restaurants and consumers.

Delivery drivers are reportedly complaining about unfair conditions, low pay and the need to take more than two deliveries at once to make each trip a viable job.

Similarly, complaints from consumers have reportedly skyrocketed over cold food from the doubling up of deliveries and poor food handling practices from delivery drivers. 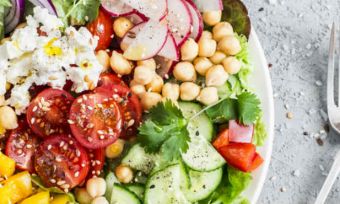