We’ve all got that one band or musician who we simply can’t stand. Even those who claim to like ‘all music’ will no doubt have an artist or artists that just rub them the wrong way. Whether it’s avoiding Justin Bieber earworms, or wanting to block music from problematic musicians, Spotify’s new feature is sure to be popular for those of us who enjoy curated playlists but find ourselves skipping songs that we really don’t want to hear.

Finally, Spotify will allow subscribers to block any musician or group completely from playlists and radio. While this feature is still being tested and only available to a select number of Spotify users through the mobile app, it will most likely be rolled out to all users and platforms soon.

So, let’s say you want to listen to the ‘Guilty Pleasures’ playlist, but you really don’t like Nickelback (who feature on the list multiple times). Search for the artist, go onto the artist’s profile and you’ll see in the top right (next to the new ‘follow’ button) there are three dots. Clicking those dots then brings up a few actions, such as ‘Follow’, ‘Share’, ‘Go to radio’, and now the new ‘Don’t play this artist’ option.

Once you’ve selected ‘Don’t play this artist’, you’ll get a notice saying ‘Ok, we won’t play music from this artist’. This means when you listen to the ‘Guilty Pleasures’ playlist (or any other playlist featuring Nickelback), it will automatically skip all Nickelback songs. The only thing this feature apparently doesn’t recognise is when that blocked performer is listed as a featured artist on another artist’s track.

How useful is this feature?

The option to block has been requested by users consistently over the years, especially in the context of blocking artists with problematic and criminal backgrounds. Previously, Spotify had said that they would not offer this feature, but the music streaming platform has clearly reneged on this stance.

While simply skipping songs once they start to play is certainly a way to avoid artists you don’t want to listen to, this new feature is a godsend for users who like to listen to curated playlists, especially while driving. Spotify’s real value to users generally comes in the form of the sheer range of curated playlists available. Playlists based around context (such as ‘party’, ‘road trip’ and ‘chill’), rather than genre, are especially popular among users.

The popularity of playlists are pretty clear. Rather than spending your time deciding which songs you want to listen to when you work out, or to set the mood for summer BBQs, you just hit play, go with the flow and the hard work is done for you. Spotify also generates playlists specifically curated for you based on what you listen to, in the form of the ‘Discover Weekly’, ‘Release Radar’ and various ‘Daily Mix’ playlists. If you tend to listen to a lot of Spotify playlists, you’ve most likely found yourself skipping a song or artist that you’d prefer not to hear.

While this might seem like a new level of petty to some, for other users this is a pretty handy solution – especially if you don’t have your phone in reach, or if you’re driving and can’t press skip. Now you won’t have to listen to Nickelback reminding you why you dislike them so much. 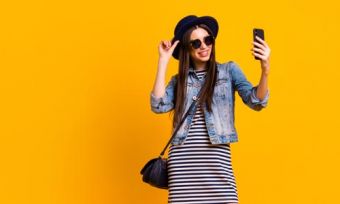