Jenny Craig has paid almost $38,000 in penalties after making alleged false or misleading representations about its “10kg for $10” TV ads.

The weight management and nutrition company was investigated by the consumer watchdog and was issued with three infringement notices after being deemed to be in breach of the Australian Consumer Law.

From December 2017 to February 2018, Jenny Craig represented in television advertisements that people could lose up to 10kg of weight for a $10 program fee, without adequately disclosing customers also had to purchase food at an additional cost, the Australian Competition and Consumer Commission (ACCC) said.

“We were concerned that Jenny Craig’s advertisements may have misled consumers into thinking they could participate in a Jenny Craig program and lose 10kg for $10, when in reality customers would have had to spend far more than that,” ACCC Commissioner Sarah Court said.

Jenny Craig also failed to disclose that a person featured in an online testimonial video for its services was a Jenny Craig employee.

“Businesses need to be transparent about any relationships with people providing a testimonial. Consumers must be informed when a testimonial is given by someone who is employed by the business, and is not an independent reviewer,” Ms Court said.

In addition, Jenny Craig’s standard form membership agreement represented that customers’ refund rights in relation to faulty products required them to notify the company within three days and return faulty products within 10 business days in their original packaging.

“If a product fails to meet the consumer guarantees under the Australian Consumer Law, people are automatically entitled to a remedy, even if they did not comply with the notice and return requirements in the contract,” Ms Court said.

“Businesses must ensure that their standard form membership agreements do not breach the Australian Consumer Law and that they accurately represent consumer guarantee rights.”

The ACCC added that Jenny Craig co-operated during its investigation and took steps to rectify the conduct.

In a statement to news.com.au, Jenny Craig said: “The company has always disclosed the fact the cost of food is additional to any program fee in all its communications.

“The full weekly cost of Jenny Craig food has always been disclosed on the website and in its digital advertising. The voice-overs in the television commercials have always clearly stated that the cost of food is additional.

“While Jenny Craig already had in place stringent review and compliance mechanisms, it has used the ACCC examination of its processes to evolve these efforts even further.”

A recent Canstar Blue survey of dieting Australians revealed the challenge many face in losing weight. Of more than 800 adults who had consumed weight loss shakes in the preceding six months, 53% said they turned to shakes as a last resort to slim down. Consumers reported an average spend of $68 per month on their diet shakes.

Just over half of survey respondents (54%) said they have successfully lost some weight with diet shakes, with 30% saying they have not lost any weight. Just one in ten (11%) said they lost all the weight they had hoped to, while 5% think they put weight on.

However, it appeared that many were not helping themselves, with less than half of survey respondents (46%) admitting they stuck strictly to the program recommended, with two-thirds (66%) often eating snacks in addition to their standard meals.

About six out of ten dieters (63%) said they would recommend weight loss shakes to friends trying to lose weight. 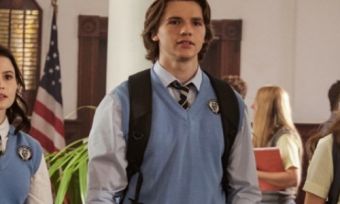