McDonald’s is bringing back $1 deals on popular menu items for the entire month of November.

From 1-30 November, Macca’s will run a ‘deal a day’ promotion in restaurants across Australia, where customers can pick up fan favourites like Big Macs, cheeseburgers, large fries, and even apple pies for just $1. That’s right, one clam.

Orders will need to be placed via the MyMacca’s app under the ‘My Rewards’ tab to redeem each offer. The fast-food giant will sling a special deal on a different menu item each day, kicking off with $1 Big Macs. 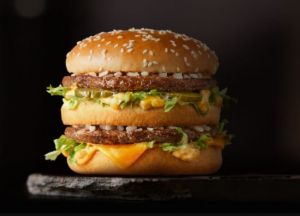 There will also be Quarter Pounders, McFlurrys, and McNuggets for $2, alongside shakes, sundaes, and double cheeseburgers.

A McDonald’s Australia spokesperson said: “We’re excited to be bringing back our popular ‘30 Days 30 Deals’ promotion for the month of November,” the representative said.

“Every day we’ll be serving up a special deal on our most iconic products. From Big Macs, to Chicken McNuggets, McFlurrys, and more, there’s something for every customer.

“All you have to do to take advantage of the deals is order through the MyMacca’s app, from 1-30 November.”

Macca’s last launched $1 deals back in 2019, causing a massive frenzy with burger lovers scrambling to get their hands on the $1 Big Mac offer. Many Aussies took to social media to share footage of chaotic scenes in stores.